Top 7 Best Mysterious Places to visit in India in 2023

India has been known worldwide for its hidden mysteries. Some of these mysteries are unexplored until today and others only a few have been lucky enough to experience.

India is a land full of diverse cultures and geographical diversities. Each culture and civilization that existed has left its mark in the form of some mysterious monument, structures, and legends associated with it.

A trip to one of these breathtakingly mysterious destinations can add a zing to your trip to India. Come along as we would take you through the list of some of the best tourist destinations with mysteries associated with them.

2. Shani Shingnapur– The village without doors

4. The town of Twins – Kodinhi

7. The creepy Dumas Beach in Gujarat 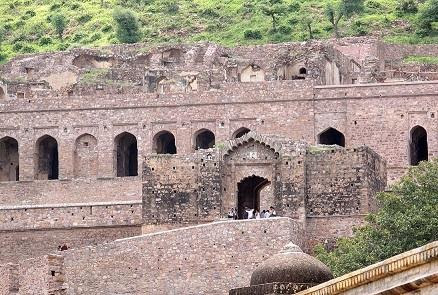 Rajasthan is home to many places with mysteries and legends associated with them.Even then most of the Rajasthan Tour Packages will not include this destination in their itinerary. Bhangarh Fort is situated in the district of Alwar, Rajasthan. The fort is located at the foot of Aravali hills near a village called Gola ka Baas. It is about 235 km away from Delhi and around 88 km away from Jaipur International Airport.

The gothic fort of Bhangarh is rated as one of the best mysterious places to visit in India. The fort is believed to be constructed in the 16th century by King Bhagwat Das for his son Madho Singh. Entry in Bhangarh is prohibited from sunset till sunrise.

According to the locals, the fort is considered to be cursed and inhabited by ghosts. It is believed that Madho Singh’s granddaughter and Chatr Singh's daughter Ratnawati was the beautiful princess of Bhangarh.

It is believed that a Tantric fell in love with princess Ratnawati and tried to cast a spell on her through a perfume so that she falls in love with him. Princess Ratnawati found about Tantric’s plan and threw the perfume bottle. The perfume bottle then turned into a huge boulder which became the cause of Tantric’s death. Before his death, the devastated tantric cursed the princess and the fort.

The princess died a year after the curse in a battle. The people in the nearby vicinity including the tour guides are certain that because of the curse the fort is occupied by ghosts and is destined to wretchedness forever making it a mysterious destination.

Bhangarh Fort is only visited by a few inquisitive and adventurous tourists and therefore, will not be found in the usual Rajasthan Travel Packages.

2. Shani Shingnapur– The village without doors 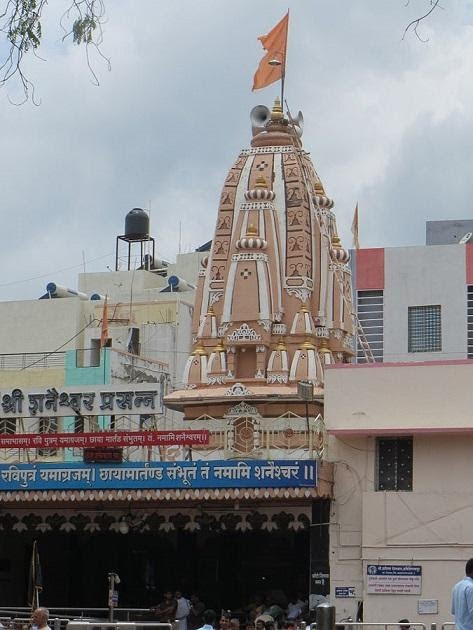 Shani Shingnapur village is situated in the Ahmednagar district of the state of Maharashtra. The closest airport is Aurangabad Airport which is around 90 kilometers from Shani Shingnapur. It is one of the strange places to visit in India as none of the houses in the village have any doors.

The villagers believe that Lord Shani will protect them from any thefts and whosoever attempts a theft will be punished by Lord Shani.As per the mythological beliefs of the villagers about 400 years ago a black boulder was found at the banks of the Panasnala River by a shepherd.

It is believed that the shepherd has a dream that night where lord Shani stated that the black boulder was his idol and it shall be established and worshiped in the village so that he can protect the inhabitants of the village.

Henceforward, the idol of Lord Shani was established in the village and all the doors and locks were removed from the houses as the villagers started to believe that Lord Shani is watching over their houses and will protect them from any crimes such as theft. The tradition is being followed until today making this village very popular.

This village is often visited by tourists to pay their respects to the lord Shani’s Shrine. However, to visit the shrine a strict dress code is compulsory. This attire can be rented from the local shops available near the shrine. 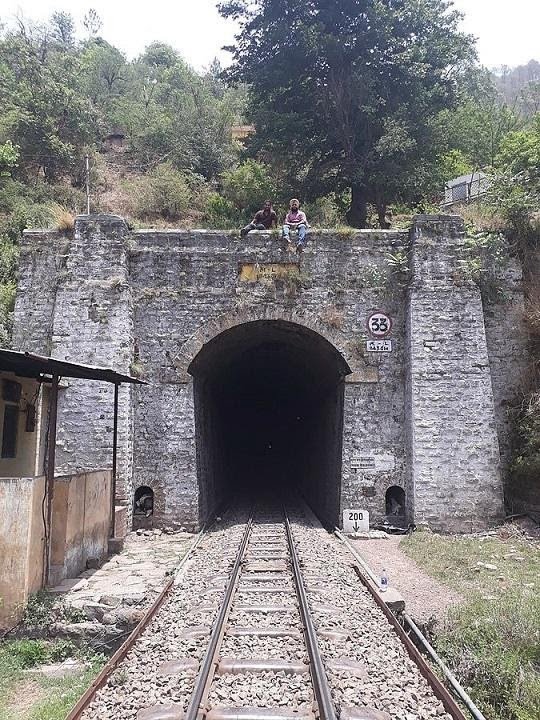 Barog is situated at a distance of 65 km from Shimla which is one of the prime tourist destinations included in Himachal tour packages. Train Trip from Kalka to Shimla is one of the most sought after experiences by tourists.

The trip is about 95 km inclusive of many eye-catching bridges and tunnels. Barog tunnel also referred to as Tunnel Number 33 is the longest tunnel on this track from Kalka to Shimla. It takes about three minutes for the train to cross this tunnel.

This three-minute crossing has turned to be a spooky experience for some of the tourists as the tunnel is associated with a tale of misery and despair. British Army Colonel Barog was given the responsibility of constructing the tunnel but he was unable to finish the construction of the tunnel within the given timeline.

This brought shame and humiliation for the colonel due to which he committed suicide. Colonel Barog was buried near the tunnel and the tunnel was named after him to honor him.

Rumors have it that after the death of the colonel, villagers in the nearby villages experience paranormal activity in the tunnel. Some have also reported having seen colonels ghost walking in the tunnel and the villages nearby. However, no incidents have been reported where this ghost has tried to harm someone.

It is believed that the ghost of Colonel Barog inhabits inside this tunnel and interacts with the passengers taking the train journey from Kalka to Shimla. Many passengers have shared stories where they have spotted the ghost of Colonel Barog while taking this train journey making Barog Tunnel No 33 one of the most popular haunted places in India.

Those interested in exploring this mysterious experience can get this trip from Kalka to Shimla added to their Himachal Tour Package.

4. The town of Twins – Kodinhi

The village is around 30 kilometers away from the main Malappuram. This is considered to be a very popular attraction due to the occurrence of an unusual number of twin births. Due to this unexplained phenomenon, it is also referred to as the “Twin Town”.

This town is one of the strange places to visit in India as once you would enter this village you would quickly notice that almost everyone in the village has a double. This village has more than 200 pairs of twins and a few sets of triplets as well. To utmost surprise even when the women from this village are married to men in other villages they still give birth mostly to twin babies.

The scientists have speculated that it can all be attributed to some specific chemicals present in the water of village Kodinhi. No concrete rationale has been provided through any research to explain this phenomenon. It would still be interesting for those looking for some mysterious adventure. 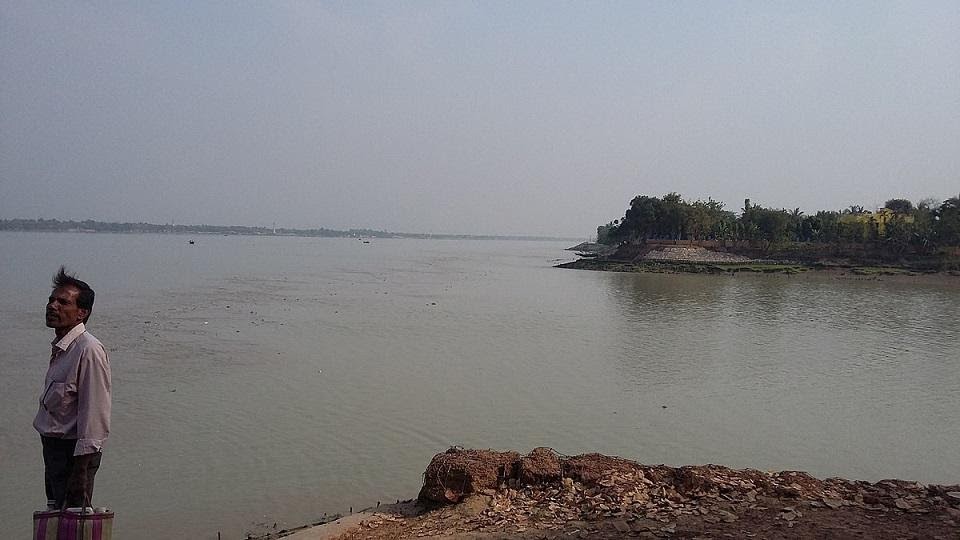 The Marshlands of West Bengal is for its own version of mysterious occurrences. These swamps can be scary at night, imagine them being accompanied by spooky colorful lights in the dark. This has been a common phenomenon occurring in the swamplands of West Bengal and has been observed by many fishermen.

These marches with Aleya Lights are considered to be something supernatural by the locals. If you are looking for a nerve-wracking adventure then you can sure add this destination to your itinerary. 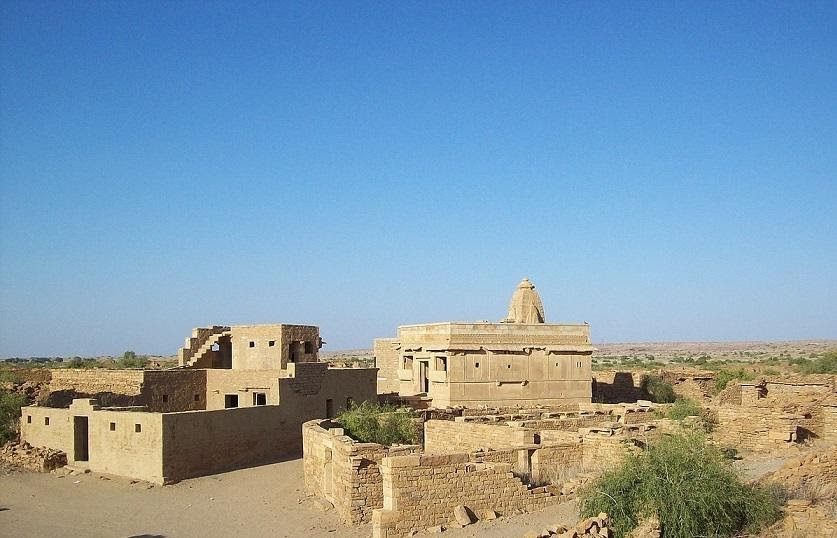 Kuldhara village is located in the Jaisalmer district of Rajasthan, India. The village is at about 18 km. away from the main Jaisalmer city. In the early 13th century this village was inhabited by Paliwal Brahmins.

This village is considered as a mysterious place with some stories and legends that are known to the local people. The popular legend is that of the sudden overnight disappearance of the entire Paliwal community from this village in the 19th century. Those interested in a mysterious adventure can get this destination added to their Rajasthan travel packages.

Some correlate this mysterious disappearance to Salim Singh who was one of the influential ministers of Jaisalmer. Salim Singh wanted to forcibly marry the daughter of the chief of Kuldhara village and gave a deadline of two days for them to accept his proposal.

As intercaste marriages were prohibited among the Paliwalbrahmins therefore, they were not ready for this kind of dishonorable proposal. Disavowal of the Minister’s proposal meant massively increased taxes for the villagers which would have led to extreme poverty and hardships for this community.

Under these circumstances, all the villagers gathered one night before the deadline given by the minister and disappeared. It is also reported by some paranormal experts in India that substantial evidence has been gathered by them to suggest the occurrence of paranormal activities at Kuldhara Village.

All these inexplicable events reported from various sources mark Kuldhara as one of the most mysterious historical places in India.

7. The creepy Dumas Beach in Gujarat 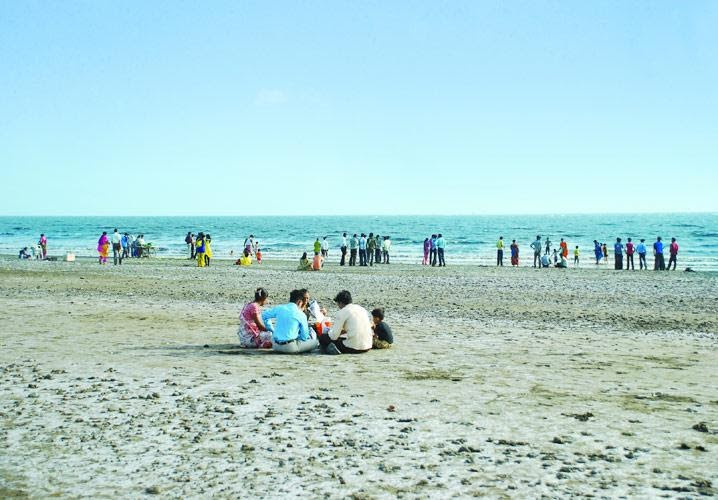 When it comes to exciting mysterious stories and haunted destinations, the list would be incomplete without including this scary beach of Dumas. Dumas beach is located about 22 kilometers away from the city of Surat in Gujarat. It is located quite away from the main city in an isolated location.

The Legend has it that the beach is haunted as in the earlier times it was used as a burial ground. The beach has black sand which further adds to the horror. Travelers who dared to stay here overnight have reported some unexplained paranormal occurrences on this beach.

Once you step foot on this beach there is a negative vibe that takes over your mind and leads to thoughts of agony and misery.

These were the top seven places in India that are surrounded in mystery. If you are looking for some spooky adventure then you can add these destinations to your next travel itinerary.