Why Bangalore is an ideal Tourist Destination?

Bangalore which is also known as ‘Bengaluru’, is the capital city of the southern state of Karnataka. It is also popularly known as the IT (Information Technology) capital of India because of many international and national IT companies established here.

From a tourism standpoint, Bangalore provides rich travel experiences from its many famous travel destinations. These destinations include historical sites, bustling city markets, nightlife, exotic food, and beautiful natural scenes. For the tourists visiting South India, there are many famous places to see around Bangalore. It is an exciting destination for all kinds of travelers.

Bangalore is famous among young people because of its exciting Pub culture with various entertainment events being held. The city is a unique blend of history, art, nature, and technology. The weather in Bangalore is pleasant throughout the year and the tourists visit here all through the year. It is one of the best destinations to consider while traveling to the Southern parts of India.

10 Best Places To Visit In Bangalore

With so many travel destinations to choose from, Bangalore is a great place to visit. The following list includes the best places to visit in Bangalore which are ideal for all kinds of tourists. The list includes places with a natural setting, adventure tourism sites, historical sites, and places to explore the art and culture of Bangalore. 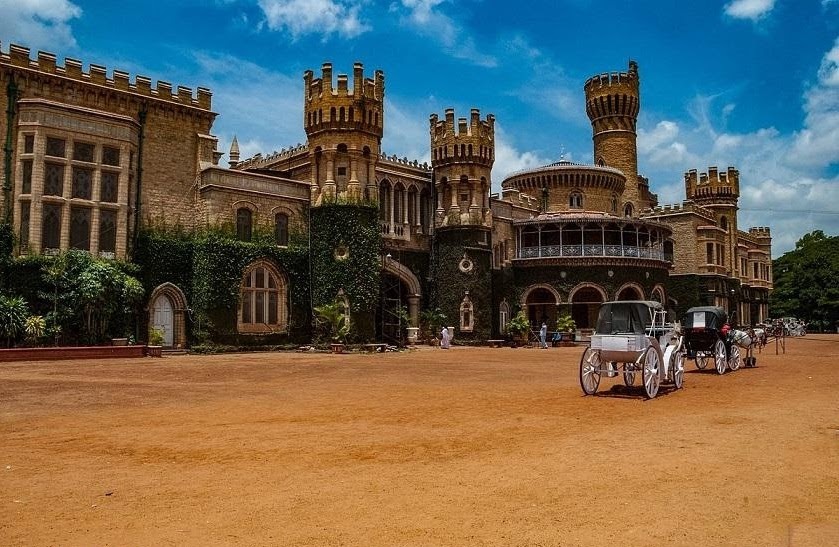 This Palace is one of the popular places to visit in Bangalore. The Bangalore Palace has a very unique architectural style that is similar to that of European castles. Many historical elements such as wood carvings on the doors and old castle furniture take you back to the times of the kings.

Bangalore Palace is surrounded by beautiful gardens and a park. The Bangalore Palace has been the most interesting venue for concerts and various events and exhibitions. One of the fun things to do in Bangalore is to attend a concert at Bangalore Castle Park.

Bangalore Castle is a historical site with many historical elements in and around its architecture. There is an entry fee to visit this castle and the ticket can be purchased for around 250 rupees. 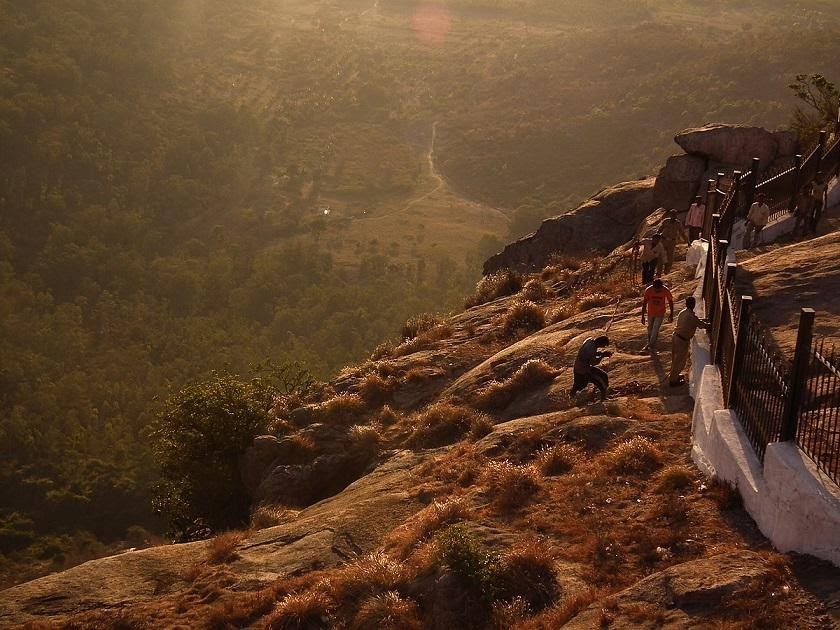 Nandi Hills is probably one of the best adventure spots near Bangalore. Nandi Hills can be reached by road and it is located at a distance of 60 kilometers from Bangalore. Watching the sunset in Nandi Hills is a beautiful and memorable experience for many. For trekking enthusiasts, this site is a beautiful destination. Many cyclists can also be seen cycling through is curvy roads.

The view of the lush green landscape makes this one of the most beautiful tourist places in Bangalore. Recently, the popularity of Nandi Hills has increased significantly among the tourist community. Every year it attracts tourists from all over South India for a short weekend holiday.

Nandi Temple which is located here is one of the prime attractions in this area. The area around Nandi Hills is also one of the picnic spots near Bangalore. There are many areas for families to sit and children to play.

Apart from cycling the adventure activities such as Paragliding, Zip-lining and Rappelling are available to make Nandi Hills an adventure spot near Bangalore and one of the best places to see around Bangalore. 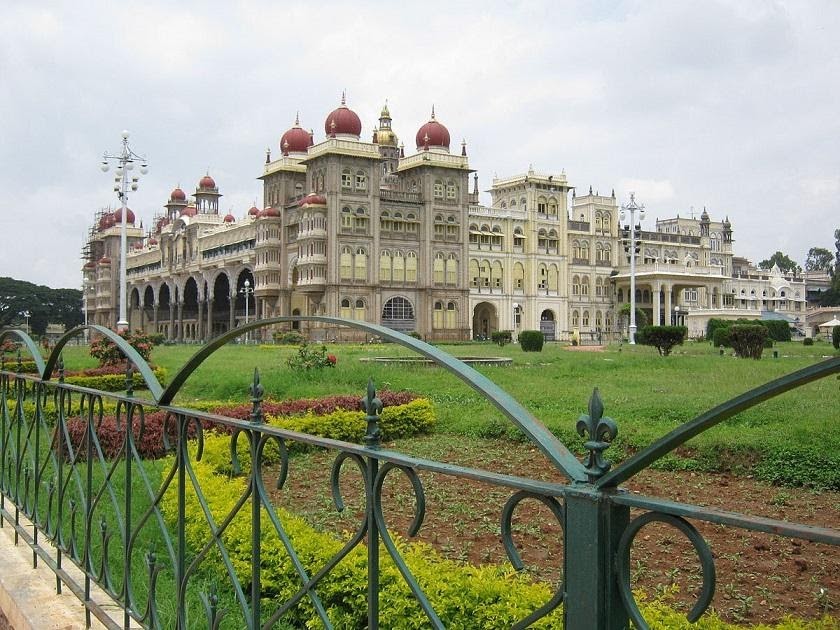 Tipu Sultan Fort is also commonly known as the ‘Summer Palace of Tipu Sultan’. The fort started its construction in the year 1537 by only using bricks made from Mud. This fort was used as a summer destination for the then ruler ‘Tipu Sultan’.

The other attraction of this fort is the art gallery with many pieces of exquisite art and other historical elements. Every year, this fort attracts many tourists in and around Bangalore. From a tourism standpoint, Tipu Sultan Fort is one of the most famous places to see around Bangalore. 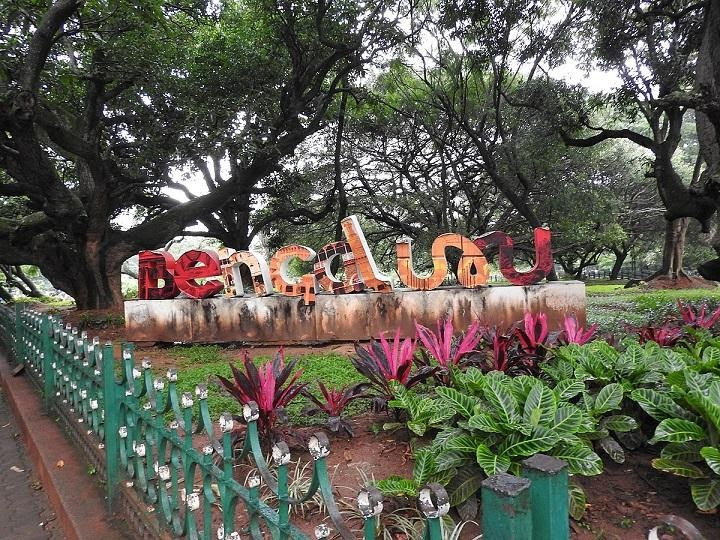 The beautiful park has a huge area spanning around 300 acres. There are several statues built around the park dedicated to many famous people one of them being Queen Victoria of England.

Some major attractions of this park are the popular Doll Museum and the Government Museum. If you need a break from the noise and the crowd of the city, then visiting Cubbon Park will help you relax.

Cubbon Park is an ideal weekend getaway destination for families and friends. It is also a great picnic spot near Bangalore. The area of Cubbon Park is rich in bio-diversity with many rare species of plants and trees. It is one of the most most beautiful tourist places in Bangalore worth visiting. 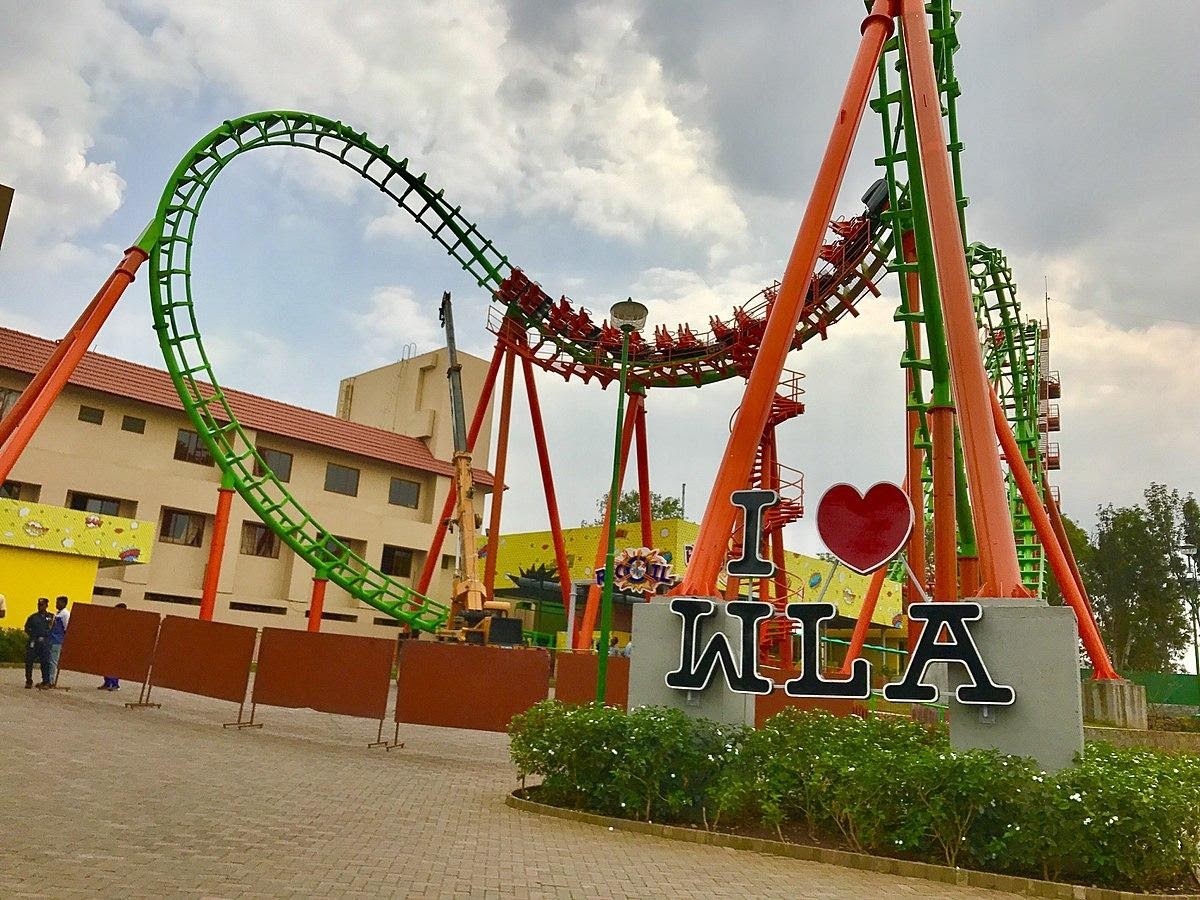 If you are looking for some fun things to do in Bangalore, then an amusement park is the perfect family-friendly destination for you. Wonderla is an amusement park full of joy rides and fun activities designed for all kinds of tourists.

This amusement park is a great weekend destination and it is one of the places to see in a day around Bangalore.

Wonderla amusement park can be easily reached by road and is a must-visit attraction in Bangalore. The major attraction in Wonderla is the roller coaster ride which is very popular among young children and young tourists. The entry pass to this amusement park would cost you roughly around 1000 rupees. 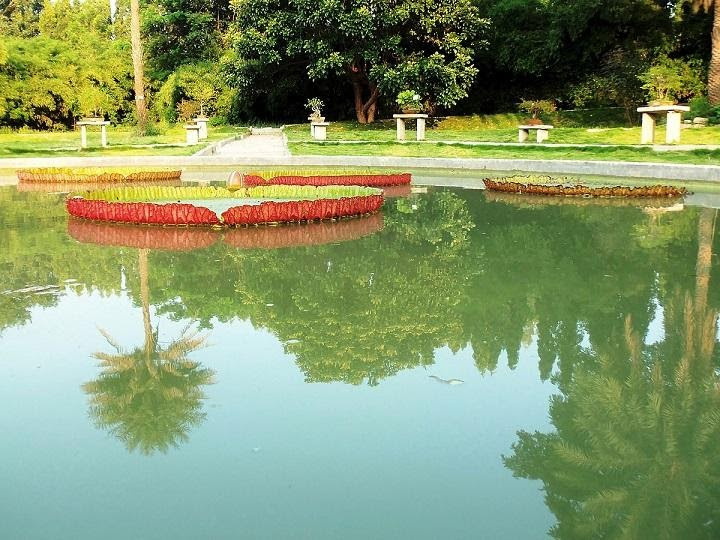 This Botanical Garden is one of the most visited places to see near Bangalore. This destination is a historical site that was developed in the years around 1760. This historical destination has lived through the time of Tipu Sultan and British Colonial rule.

The Lalbagh Botanical Garden is rich in diversity of various species of plants and trees. This is also a favorite destination away from the city and meant for families and tourists looking to their day in a natural setting. 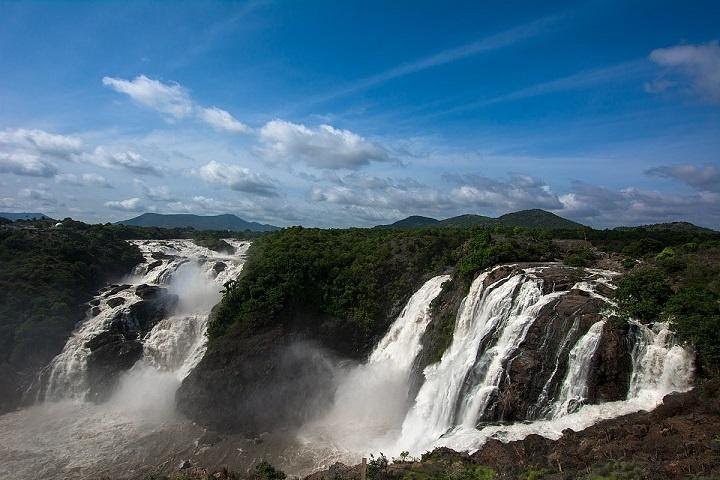 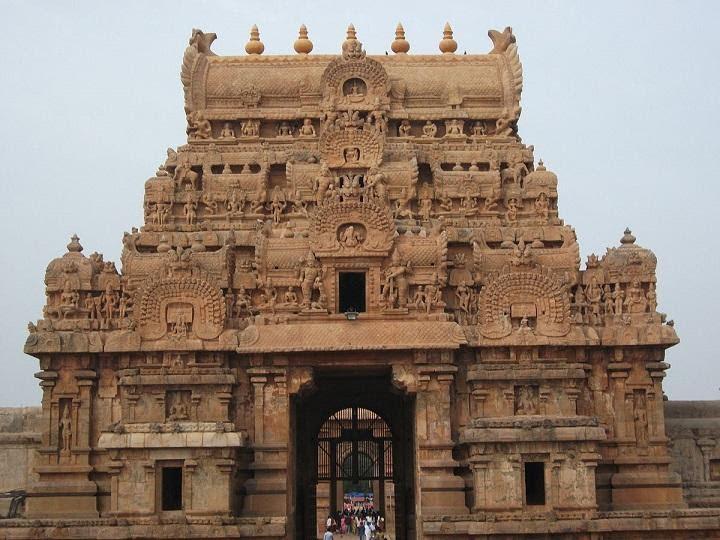 One of the Chola Temples (image source: Wikimedia Commons)

In the earlier times during the rule of the Chola empire in South India, The Kings left many temples which are wonderful architectural marvels. These temples are believed to be more than 1500 years old and are the historically significant places to see near Bangalore.

Tourists who are interested in the history of Southern India, visit this place to study the origins of the Chola Empire and the significance of these temples.

There are various old carvings and sculptures in and around these temples which are very interesting to the visiting tourists. These temples are one of the best places to visit in Bangalore. 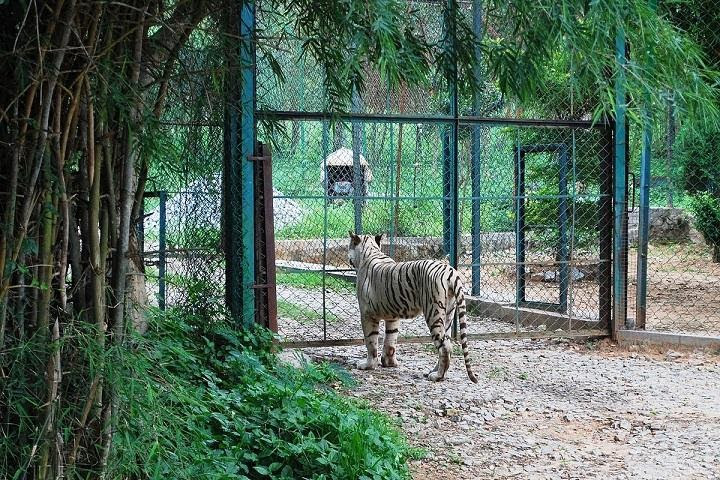 There are various safaris available for the tourists to enjoy. The other major attractions available here are the Zoo and the Butterfly Park. There are also some temples located in the park which are meant for worship.

These temples are an added attraction that makes Bannerghatta National Park one of the famous tourist places near Bangalore. Tourists also engage in trekking at this park as there are various trekking trails available here. 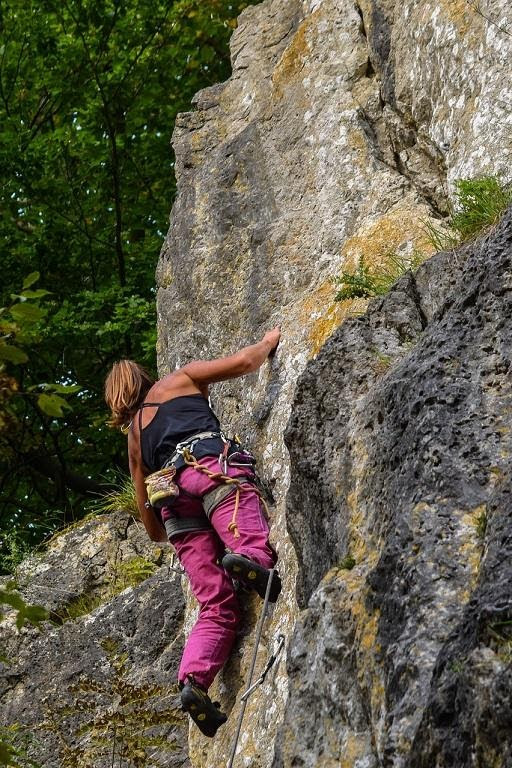 If you are looking for some fun activities in Bangalore, then Varlakonda is an ideal adventure destination. This destination is famous for rock climbing and trekking. The site is an excellent choice to spend your day in Bangalore.

The rock climbing activities are designed for both beginners and experts. The tour operators recommend Varlakonda for learning the techniques of rock climbing.

For trekking enthusiasts, Varlakonda is a beautiful destination surrounded by exotic-looking rock structures and a natural setting. If you wish to spend a day then Varlakonda is a must-visit attraction near Bangalore.

Bangalore is much more than a modern city with its established IT industry. If you are visiting the state of Karnataka then you can find some of the most spectacular places near Bangalore. Some of the above-mentioned tourist attractions are situated a few kilometers outside the city of Bangalore, however considering the natural setting of these destinations, they are ideal for their location away from the city.

For many residents of Bangalore, it is good to travel outside the city for some perspective and some contrast from the city life. There are many domestic tourists from nearby areas who are regularly visiting these places near Bangalore.

Within the city, there is a rich variety of cafés and restaurants that you can explore. You can find many varieties of local and international cuisines at these places. The city has no shortage of modern facilities and infrastructure to help connect the city to the rest of the destinations in Karnataka.