India being a hot country, snowfall is somewhat a rare experience for average people living in metropolitan cities. During the extreme summer heat, thousands of tourists rush to the hilly areas to get relief from their heat waves. Especially, the major cities such as Chandigarh, Delhi, Haryana, Punjab, and Rajasthan experience a very hot climate during the summer months.

To escape the heatwave, thousands of tourists flock to Himachal Pradesh to spend some quality time for their summer vacation. Himachal Pradesh is one of the most sought-after destinations in India is blessed with natural beauty that cannot be simply put in words. Bio-diverse nature with rare species of birds, plants, and animals, make the state of Himachal Pradesh a natural paradise for the traveler who comes here from the crowded cities. 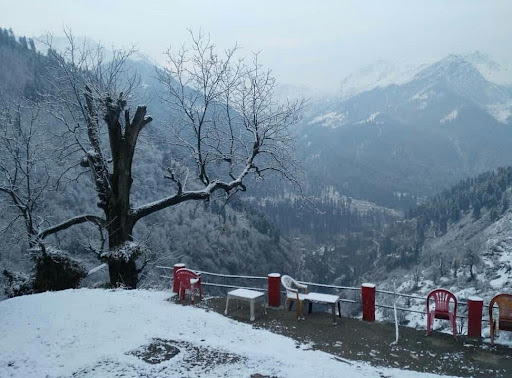 Due to the pandemic, many of these destinations did not receive many tourists. This resulted in the collapse of many tourism businesses. However, with the increased vaccination drive and safety guidelines, the tourism industry is slowly recovering.

Winter months are great to experience the snowfall and the views of the majestic snow-covered mountains and panoramic views. Several other activities include winter sports such as skiing, snowboarding, etc. Along with extreme trekking and mountaineering activities for the adventure seekers. Honeymoon couples also visit the state of Himachal Pradesh because most weddings happen during the winter months. No matter what your travel needs be, you can easily find a perfect Himachal tour package by doing some research online.

Himachal Pradesh has many popular places where the snowfall is quite heavy. These places are not suited for everyone. However, many adventure enthusiasts visit these high places on their trekking expeditions. These destinations are not really for families and travelers who need their vacations to be more comfortable.

We have listed 9 places to witness snow in Himachal Pradesh. The tourists who visit Himachal Pradesh for the first time, particularly enjoy the snowfall. Several tourists visiting from South India, find the experience of being in the snow somewhat exotic. Children love playing in the snow and it is a great way to cherish some memorable moments with your loved ones.

Following is the list of the 7 best Himachal snowfall places that are worth visiting during the winter season. 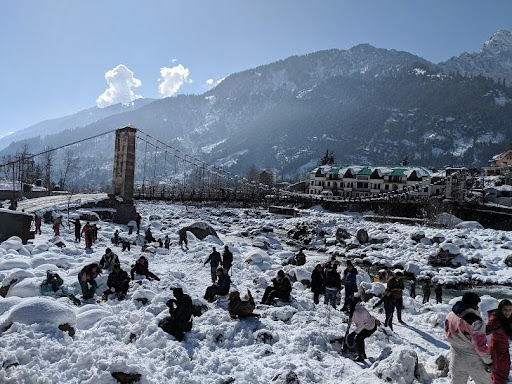 Manali is among the top destinations in Himachal Pradesh that is visited by hundreds of tourists every year. It is one of the favorite destinations for tourists traveling from the cities such as Punjab, Haryana, Delhi, and Rajasthan.

Manali is situated at the height of around 6200 feet and is located in the beautiful Beas valley. Blessed with the mesmerizing natural beauty, Manali is also a great place for adventure tourism activities. During the winter months in Manali, you can see some of the best snowfall views in Himachal Pradesh.

Winter sports are particularly attractive to the young tourists who visit Manali. Manali is blessed with scenic views of the snow-capped mountains, vast valleys, raging rivers, and apple orchards. If you are traveling during the winters, then the overcrowding that you see in the summer months, will not be there. 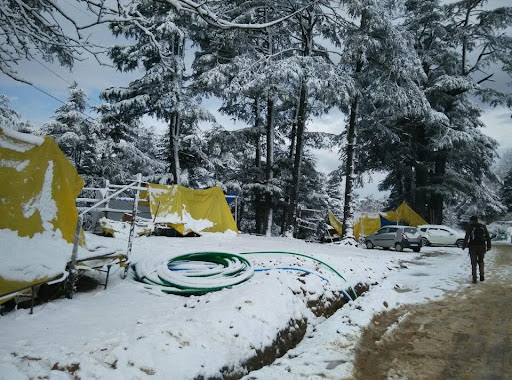 Lovingly known as the ‘Queen of the Hills', Shimla is a great vacation destination for families and friends who can spend a great vacation here. Shimla is also among the best destination included in all the popular Himachal travel packages offered by the travel agencies. Shimla has a lot of exciting activities tourists can enjoy.

There is something for everyone in Shimla. Some of the best destinations in Shimla include the famous Mall Road, Christ Church, Lakkar Bazar, and many temples. After the pandemic, Shimla is ready to welcome tourists on a large scale. In the coming months, more and more tourists are expected to visit Shimla. 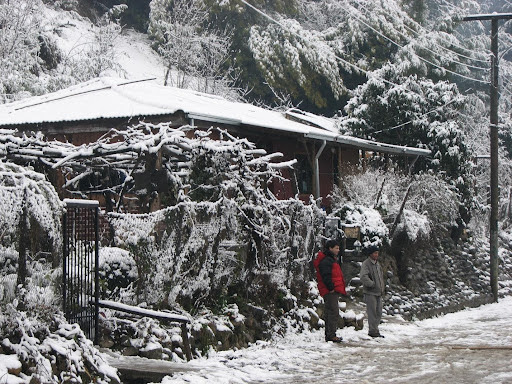 Kufri is a tranquil little town which is surrounded by beautiful mountain ranges. It is a popular winter destination and also the best place to experience snowfall. One of the most popular even in Kufri is the annual winter sports festival that attracts hundreds of tourists from all over India.

Suggested Read: Must To Visit Destinations 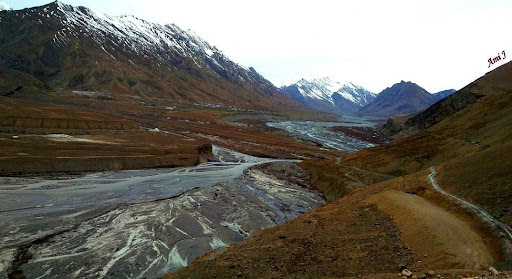 Spiti is best known for its awe-inspiring expansive views of the majestic landscape. Spiti is a popular destination among adventure enthusiasts and is particularly famous among the motorcyclists who travel from great distances to Spiti. If you want to reserve a tour package that helps you save time and visit all the popular attractions, then there are many Himachal tour packages available on popular tourism portals.

However, winters in Spiti are not for everyone. The snowfall happens in the form of hailstorms and snow rains. It is not particularly a scene for everyone. But still, it is a popular time for the young tourists who visit Spiti with a sense of adventure. Surprisingly enough, hundreds of tourists visit this barren land during the winter season.

Blessed with great views and amazing beautiful attractions such as Chandratal Lake, Kunzum Pass, and the beautiful Tibetan monasteries. The land of Spiti calls all the adventurers who are looking for a different perspective. 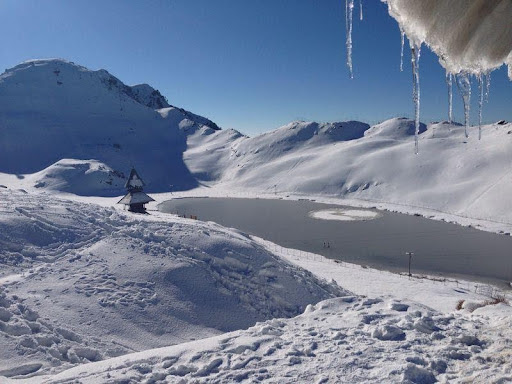 Parvati valley in Kasol is among the most visited place in Kullu. Kheerganga trek is also one of the most sought-after experiences in the Kullu valley. During the winter months, the spectacular views of the snow-laden mountains are breathtaking. It is a great place to spend your winter vacation with your family and loved ones.

For adventurers, this place is one of the best places to experience trekking trails. Some of the most beautiful trekking trails are available in Kullu. Some of the major attractions in Kullu are Manikaran Sahib Gurudwara, Hot Springs, Bhrigu Lake, and Kasol. Among all the Himachal snowfall places, Kullu is a jewel of a destination to visit in winters.

Suggested Read: Destinations Not to Miss in Himachal Pradesh 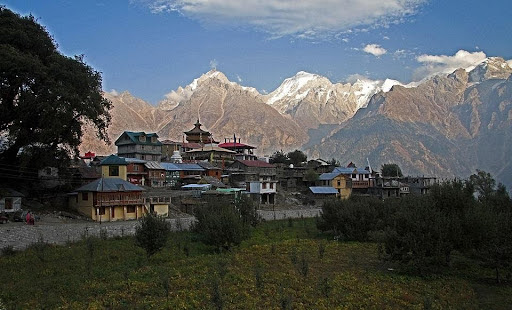 Kinnaur is the region of Himachal Pradesh is somewhat lesser-known compared to the popular destinations of Manali and Shimla. Kinnar is located around 240 kilometers away from Shimla. Kinnaur is among one of the best Himachal Pradesh snow places. The Winter season is a great time to visit Kinnaur and to avoid the tourist crowds.

Kinnaur is blessed with natural beauty consisting of some great rivers such as Baspa, Spiti River, and the Satluj. Kinnaur is also a place for Buddhist monasteries and scholars. Some of the most visited monasteries are in Tabo and Nako in Kinnaur. The famous apple orchards of Kinnaur and tasting some authentic apple in the villages, is an experience worth having.

Some temples are visited by the Hindu pilgrim who visits every year to offer their prayers. The culture and tradition of the local people of Kinnaur are also quite different compared to the other states of Himachal Pradesh. You can see the difference in the way their houses are constructed, their music, dance, and rituals. 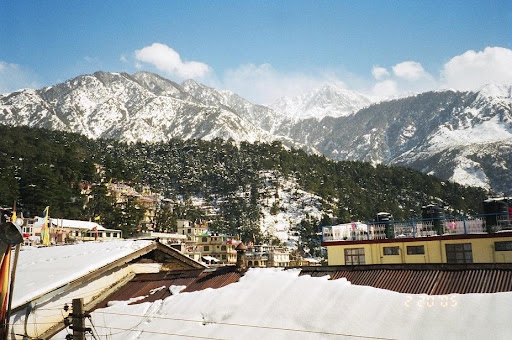 Since, the past few years, Dharamsala in the Kangra district of Himachal Pradesh has gained significant popularity among tourists. This popular town has some great destinations such as Mcleodganj, Dharamkot, and Bhagsu.

The town of Dharamshala is quite popular among foreign tourists. This is because of the His Holiness Dalai Lama who is the exiled Tibetan Spiritual Leader. Dalai Lama has his residence in the town of Mcleodganj and thousands of tourists visit here to listen to his public lectures. Due to the pandemic, all the public gatherings were halted. However, in the coming months, all the public lectures and teachings will resume.

The international tourists visit places like Dharamkot, Mcleodganj, and Bhagsu. These places are mostly famous for their live music and laid-back hippie culture. Dharamshala is a great place to spend your winter vacation. To witness the snowfall, Naddi, Dharamkot, and Mcleodganj are the best places to visit. Make sure you check the weather and road conditions before you plan your vacation.

Although, there are many destinations in Himachal Pradesh that are great for witnessing snowfall. The above-mentioned destinations were among the best and the most famous among the tourist community. These destinations, are well-connected to all the major cities of India and can be easily reached by train, road, and air flights.

It is always wise to check the road conditions before you decide to travel to any of the destinations in Himachal Pradesh during the winter months. Due to several calamities this year, landslides and flash flooding has caused havoc in several regions of Himachal Pradesh. So, to stay safe, make sure you check the latest news and weather conditions before you plan your vacation.

Himachal Pradesh has developed significantly to boost tourism activities. Several tourism projects and events have been planned to revive the tourism activities after the pandemic. Make sure you check the popular tourism portals for the new tourist attractions and activities you can experience.

During the winter months, one of the most important considerations is the clothing that you need to carry and wear. It is wise to make adequate preparations for the extreme winter temperatures. However, it all depends on where you are traveling to. If you are traveling to high altitude areas then it requires extras warm clothing you might need at lower altitude places.

Also, if you are planning to engage yourself in adventure activities during the winters, make sure to prepare in advance. Safety gear and extra warm clothing are required. Also, make sure to carry the essential medical supplies if you are going for an extreme expedition.

Depending on your taste of adventure, you can choose any of the above-listed destinations. These snowfall places in Himachal Pradesh are among the best you can experience this winter season.