10 Most Dangerous Roads in India

India is a country encompassing tremendous geographical diversity ranging from plains to deserts, extending to hills and snow-laden mountains. India is a highly populated middle-income developing economy, therefore; roads have become the most important medium of transportation. India encompasses the world’s second-largest network of roads covering over 5,897,670 kilometers.

For travelers wanting to explore the hidden treasures of the hills, roads are the only mode of transportation available. Most of the popular tourist destinations are connected through these roads and are very important for the transport of essential supplies. Sometimes these roads can take you to the highest tourist destinations in India so that you can enjoy the mesmerizing scenic beauty of snow-capped mountains.

Traveling to hills via road is also considered to be the most convenient and budget-friendly. Most of the Himachal travel packages provide a variety of options for road transfer through buses from one destination to another. These options include the state transport cooperation buses and other ordinary, deluxe, and semi-deluxe. Tourists get numerous options to choose from as per their budget and convenience.

In this time of Corona Pandemic when tourists are hesitant to travel through buses, hiring taxi services is a safer option widely available in the hills. Tourists can travel through the taxi while maintaining the necessary social distancing. Transfer from one destination to another through Taxi services can also be easily included in any of the Himachal Tour packages.

Wandering through these snow-covered roads in India especially in winters can be adventurous but scary at the same time. The Himalayan region is considered to be full of roads that are dangerous for rash drivers. The damaged roads in the hills are the second leading cause of road accidents. The situation at times worsens due to unpredictable weather changes. Several other unexpected problems can also be experienced on these roads. Here is a list of the 10 most scary roads to travel in India.

10 Most Dangerous Roads in India 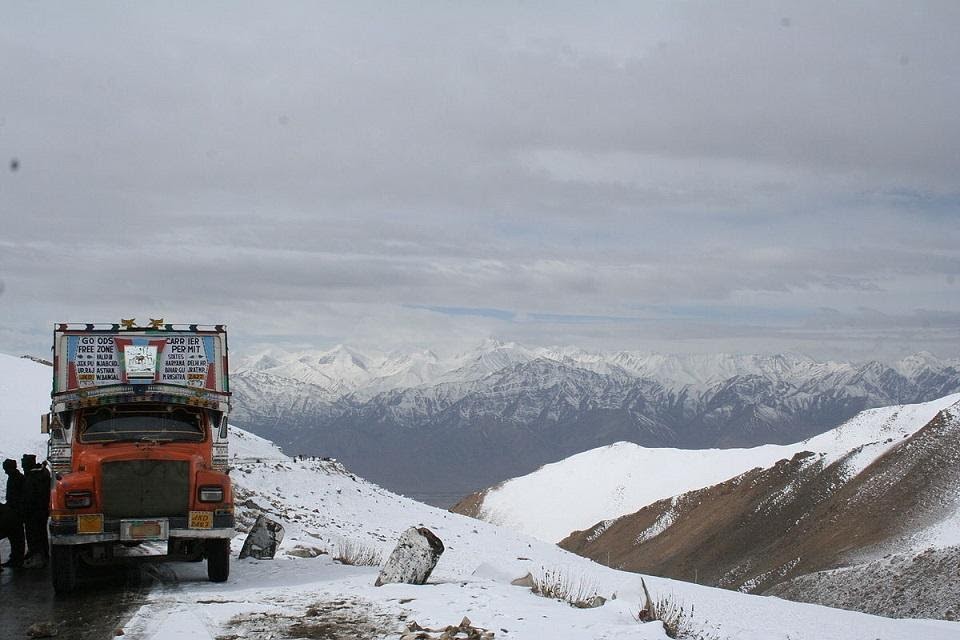 Khardung La mountain pass is located in the Leh district of Ladakh in India. This mountain pass is about 40 km away from Leh placed at an altitude of 18, 380 ft. It is the gateway to the mesmerizing Nubra and Shyok Valley.

Khaardung La pass is also well-known for being the highest motorable road in the world. Each year during the peak season a huge number of adventure bikers from all over the world visit this pass.  A special Protected Area Permit is required to travel through this pass and vehicles are allowed to pass only between 9 am to 5 pm. Considering the risks involved no vehicles are allowed after 5 pm.

Khardung La pass is one of the most dangerous roads in India comprising of the slippery and curvy narrow road. Extreme weather conditions accompanied by a lack of enough oxygen in the air can also create health issues for some of the travelers.

Even though it is a road full of dangers almost all the tourists seeking a breathtakingly adventurous experience add this destination to their Himachal Travel Packages. However, almost all those who managed to get through described this experience as a memorable one. 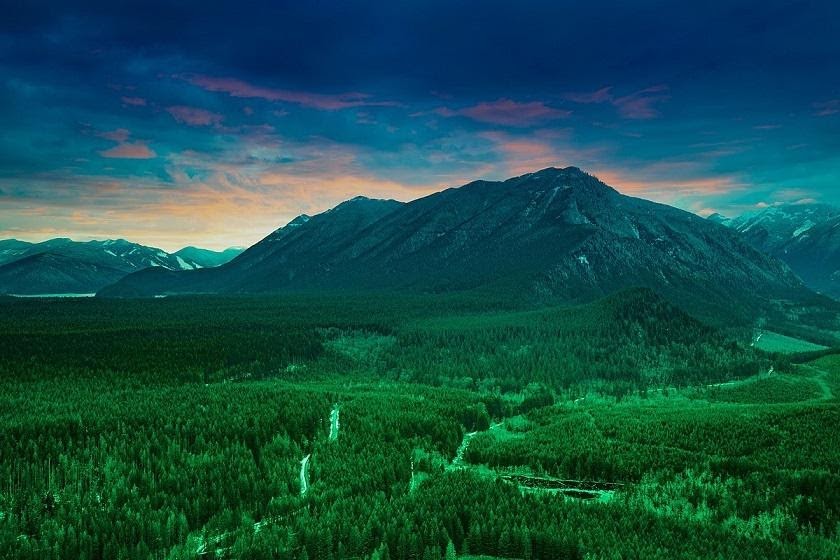 Kishtwar road is one of the deadliest roads in India stretching across a length of about 114 km. This road leads the Kishtwar district of Jammu in Jammu and Kashmir, India.  A special Protected Area Permit will be required by the tourists to travel this road.

This road is also known as the “Killer Road” as many tourists have had near-death experiences while passing through this road. Many incidents of accidents and deaths on this road are reported each year.

This steep road is made of stones, sand, and gravel. No protective rails are there on the edge of the road making the journey through this road very risky with plenty of blind spots. It is an extremely narrow road where only one small vehicle could pass at a time. It can be dangerous to travel this road on a windy day. The slightest mistake behind the wheel can lead to a 1000 ft fall into the valley with no chances of survival.

However, the view of the valley while passing this road is mesmerizingly beautiful. Tourists will need to obtain a special Protected Area Permit to travel this road.

Suggested Read: Offbeat Things to do in Himachal Pradesh 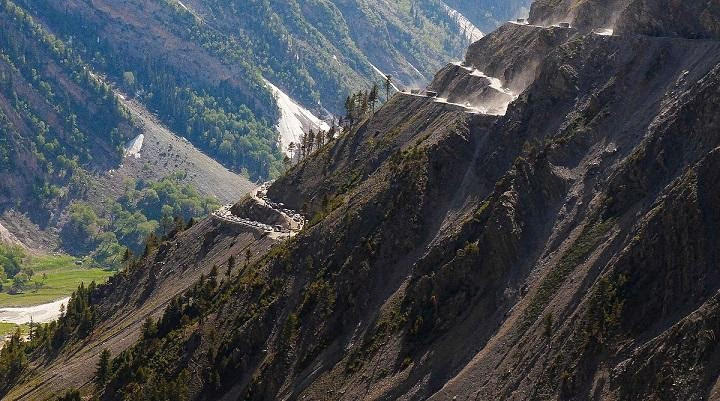 Zoji La Pass is around 11,575 ft high mountain pass located in district Kargil of Ladakh. This approximately 25 km long pass connects Leh and Shrinagar. Zoji La pass is considered to be one of the deadliest roads in India as passing this road can be terrifying.

The region surrounding Zoji La Pass is very windy and snowfall is a common feature almost round the year. The pass is open for a limited time each year but still, it poses major challenges for those trying to get through. The road is nothing but an accumulation of gravel and dirt. Even in favorable weather conditions, it would be a difficult pass as it’s extremely narrow and steep.

This road is known to be the gateway to Ladakh as it serves as a connection between Ladakh and the rest of the world. 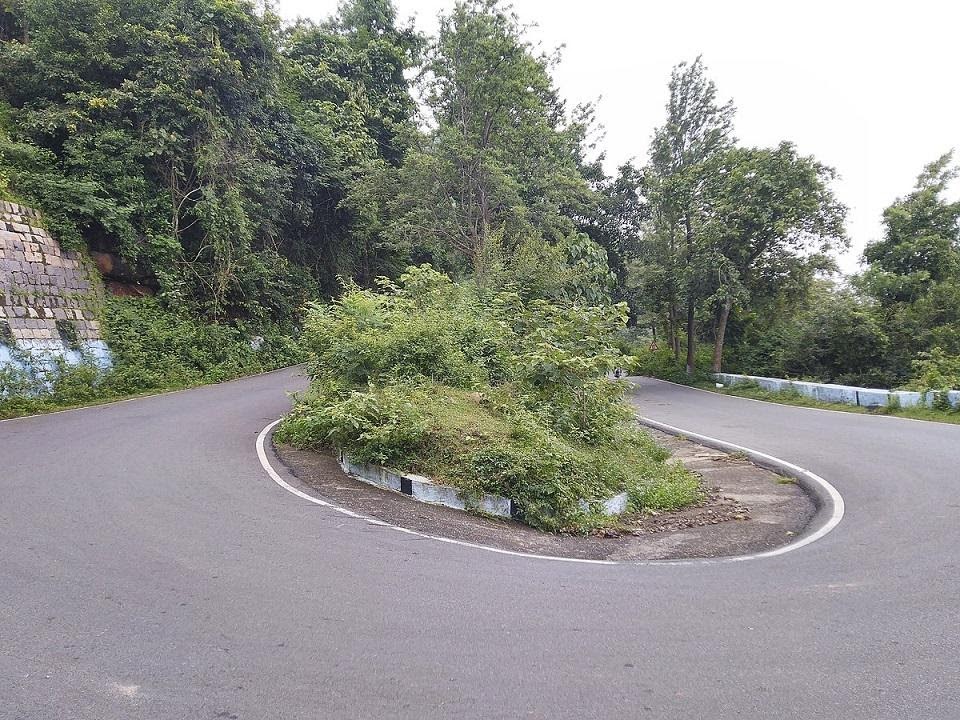 Kolli Hill Road is about a 46 km long road stretching from Kolli Hills which is a small mountain range located in the Namakkal district of Tamil Nadu. Kolli Hill Road is considered to be one of the scariest roads to travel in India as it consists of 70 hairpin bends.

Once the journey begins there is a hairpin bend at about every 200 meters and it takes approximately two hours to reach the hills through this road. The experience becomes more exhilarating after the 30th bend as the road starts getting narrower, sharper, and steeper.

Kolli Hill Road can be visited throughout the year as the weather conditions remain favorable throughout the year. Tourists interested in taking this adventurous journey to the Kolli hills can also visit AgayaGangai waterfalls and the famous Shiva temple. 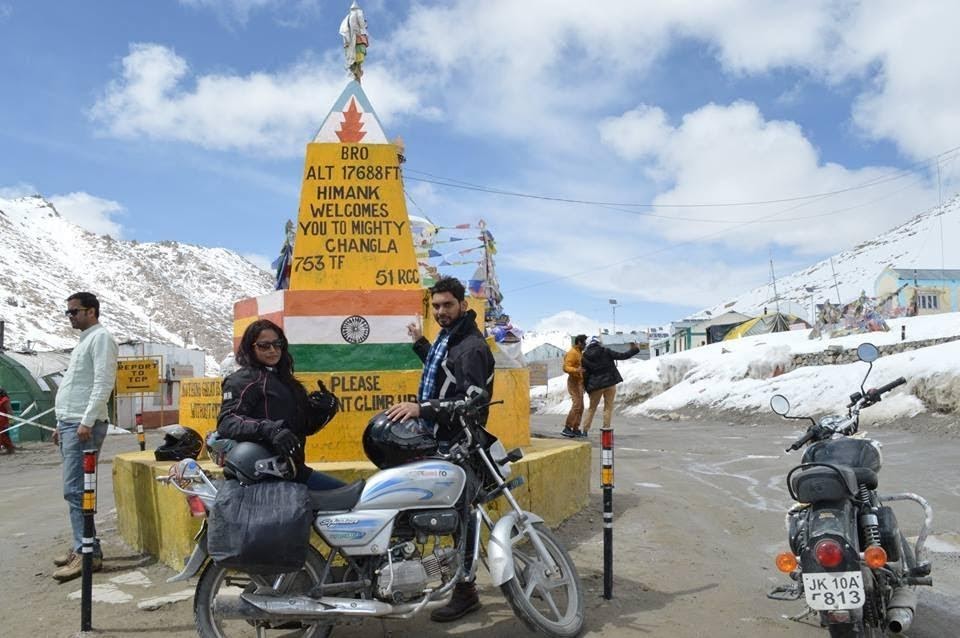 If you are looking for an action-packed bike trip through the snow-covered roads in India then Chang La Pass is the perfect choice for you.

Chang La pass is located at a height of about 17,500 ft between Leh and Shyok Valley of Ladakh. Chang La Pass is considered one of the deadliest roads in India as it snow-capped throughout the year making the road very slippery. Some of the travelers have even rated this as one of the most dangerous roads in the entire region.

It has gained popularity among adventure bikers for being the third highest motorable road in the world. The road is narrow as well as edgy making it perfect for adventure seekers. The best time to visit this pass is from May to August as snow is comparatively lesser in these months.

Suggested Read: Cool Things to do in India 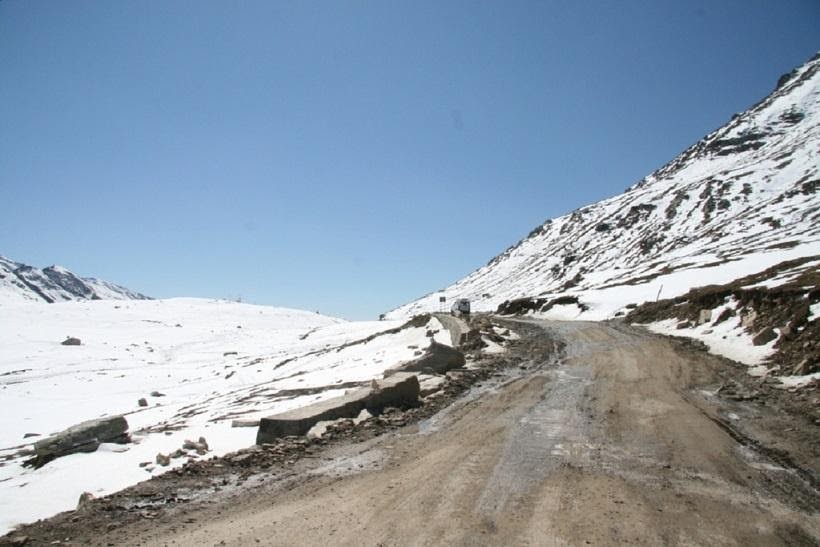 Rohtang Pass is about 13,000 ft high mountain pass located around 51 km away from Manali, Himachal Pradesh. This mountain pass is a connection between Kullu and the valley of Lahaul and Spiti.

Rohtang pass is considered a risky drive to take due to challenging weather and the dreadful condition of the road. It is not a journey meant for the weak-hearted. The meaning of the word Rohtang is “pile of corpses”, the pass has been named so as a large number of people lost their lives while trying to cross it.

Despite being so dangerous the Rohtang pass is full of scenic beauty and one enjoys getting lost in the fascinating sights of the snow-covered mountains while crossing through it. This is one of the most top-rated destinations popular among the adventure travelers looking to find a new place to see. The entry to Rohtang pass is open from May to October but due to unpredictable weather conditions the pass is closed as and when required. 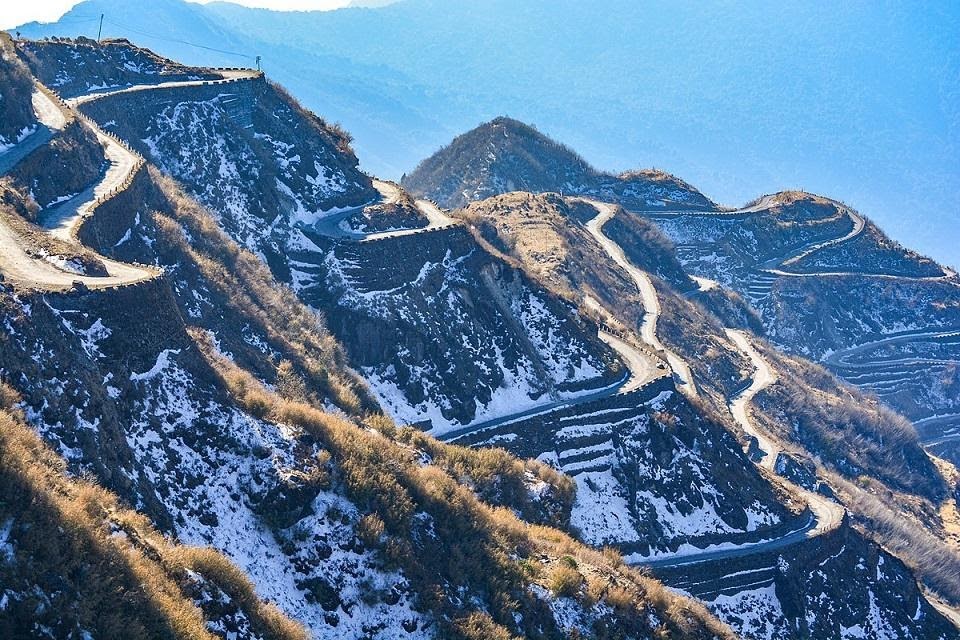 The famous Zig Zag Road is located in Dzuluk village in the state of Sikkim of India. Dzuluk village is located at a height of about 9400 ft and was once a part of the famous silk route between Tibet to India. This lovely village with captivating scenic beauty is surrounded mostly by wild flora and fauna.

On the contrary, the spiral road leading to this village is one of the most dangerous roads in India. This spiral road comprises over 100 hairpin bends within a small stretch of 30 km. Such a large number of continuous bend can make anyone feel dizzy and it’s not meant certainly for those prone to motion sickness.

However, once you reach the top the view of sunrise is mesmerizing. The best time to visit Dzuluk is from March to May as this time of the year offers the most favorable conditions.

Suggested Read: Top Things to do in Rishikesh 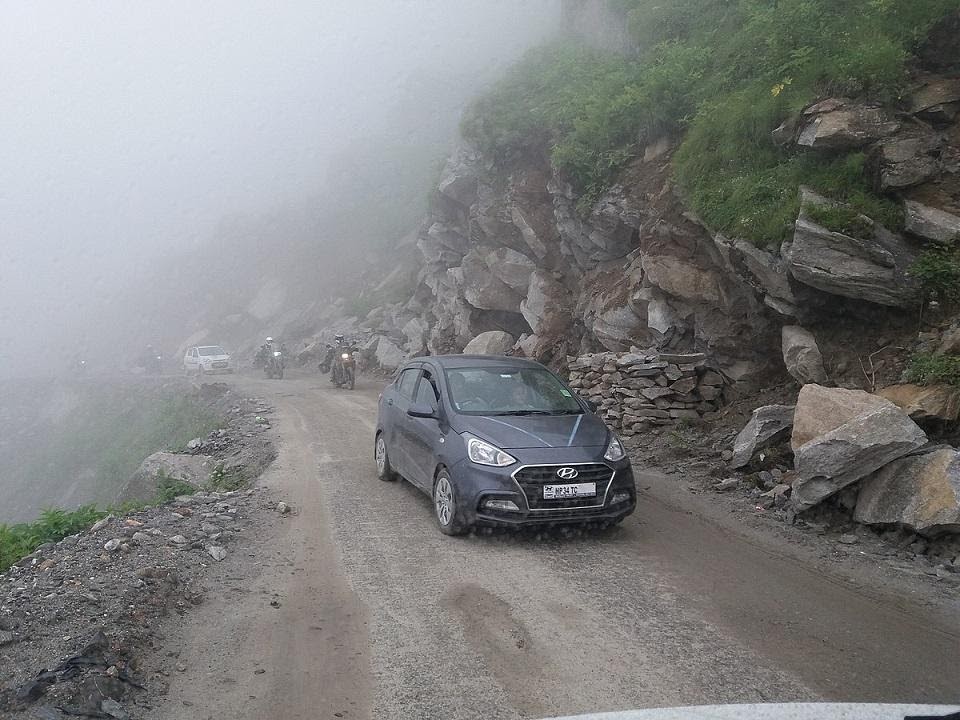 Crossing this highway can be a mesmerizing experience for the Adrenaline junkies but can be a nightmare for the faint-hearted. The road is very slippery due to rain and snowfall. Even if the snowfall doesn’t occur the existing snow on the mountains melt and makes the road very slippery.

The highway is not very well maintained and during the journey it can be observed that the road is in a damaged condition. This can certainly increase the chances of a road accident. Due to the unpredictable nature of rainfalls in this area land sliding is also very commonly seen. 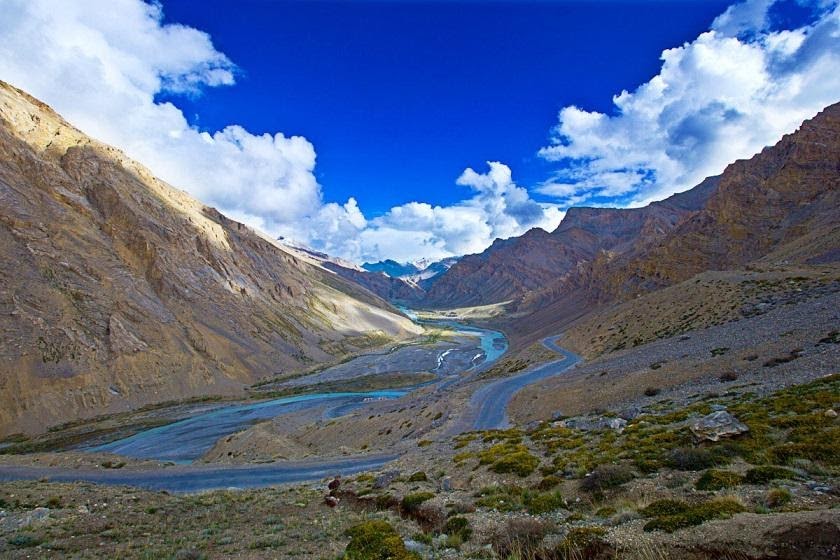 Gata loops are located about 17000 ft high on the Leh – Manali highway. It is considered scary to drive on this road due to the geographical positioning as well as the ghost stories associated with it.

The road poses lots of challenges to those deciding to take up this adventure of crossing it. The road consists of 21 continuous hairpin bends in a stretch of about 11 km. At about every 300 km there is a hairpin bend making it difficult for the traveler to get through this road without feeling delirious and dizzy at the same time.

What makes Gata loops scarier is the ghost story associated with this fascinating destination. It is believed by the locals that there is a ghost inhabiting Gata loops and it will not let any travelers pass through safely unless they make an offering in the Ghost Temple. This temple can be seen while crossing Gata loops where passing by travelers make offerings in form of cigarettes and mineral water.

Neral-Matheran is a mountainous road located in the Raigad district of Maharashtra. This is a steep road that stretches across about 9 km. This is considered to be a very dangerous road to drive on because of the dilapidated condition of this road. This road consists of many curves and turns and with damages condition of this road, it is prone to accidents.

This road is extremely narrow making it difficult for even one vehicle to pass through properly at a given time. Due to the rains in this region, it gets all the more difficult to drive on this road as it gets really slippery.

These roads leading to the most sought-after destinations especially in the hills can also be one of the scariest roads in India. While traveling through these roads it is advisable to have somebody experienced behind the wheels to prevent the traveler’s experience from turning into a nightmare.