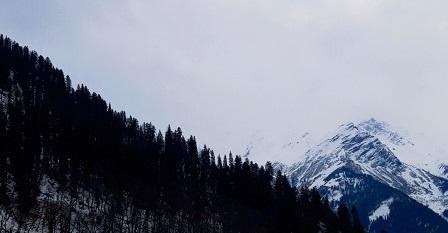 Without a doubt, you will be greeted with some of the best scenic beauty nature has to offer. You will not be disappointed as far as the views of the gorgeous valleys, mountains and rivers are concerned. However, if you are somewhat interested in the past civilizations and their connection to this beautiful land of Himachal, then you will find some amazing monuments. These monuments include some historic temples, monasteries, and forts.

We have compiled a list of historical places in Himachal Pradesh that are worth visiting during your vacation. Even if you are not interested in history, you will be amazed after learning about the historical connections and the stories that are weaved around these monuments. 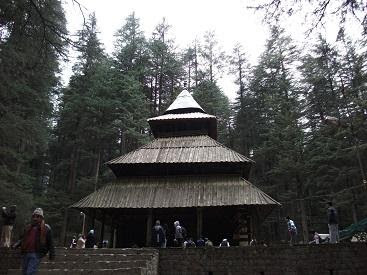 The famous Hadimba Devi Temple is an ancient temple that is very important to the people of the Hindu faith. Every year, hundreds of people visit this unique temple and worship the deity called Hadimba Devi to which the temple is dedicated.

Hadimba Devi temple is also known as Dhungari Temple because of its location in Dhungiri Van Vihar which is located in the popular destination of Manali. This cave temple is known to be visited by the ‘Pandavas’, the five brothers from the Indian epic of Mahabharata. Hadimba Devi was one of the characters in the epic story who is still worshipped until this day. 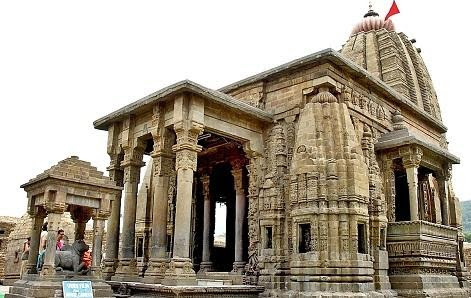 This famous temple is located in Baijnath which is situated in the area called Bir. This temple is dedicated to Lord Shiva and is considered one of the most important Shiva temples in India. The temple is believed to be built around 1200 A.D.

The temple is unique in its architecture and has been attracting tourists who study the ancient history of India. Although this temple is more popular among the worshippers of Lord Shiva, it is also an interesting monument for history students.

Among all the important monuments in Himachal Pradesh, the Baijnath temple is also considered a place of pilgrimage for some people. If you are traveling through the beautiful area of Bir, then visit this temple will calm you with its majesty. You will find the background of the mountains in the background refreshing along with the spiritual atmosphere inside the temple. 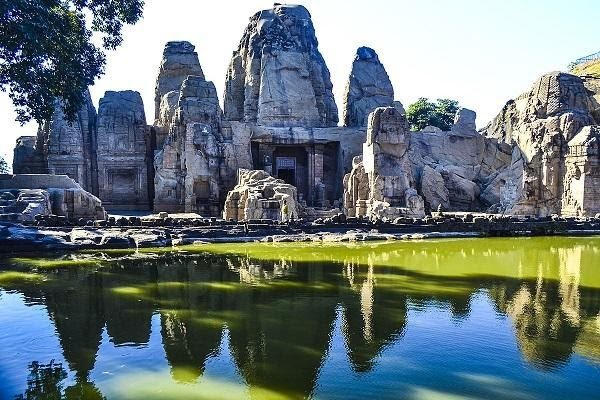 The ancient Masrur Temple is also popularly known as the ‘Rock cut temple’, this is because of its unique architecture. The entire temple looks like it has been cut out of a single rock. The temple is located in Othra in the Beas river valley.

The damage that was caused to this temple during the major earthquake of Himachal made the study more difficult for historians. However, according to the studies, the temple was believed to be much more detailed and complex in its architecture. Masrur temple is very famous in the list of historical places in Himachal Pradesh. 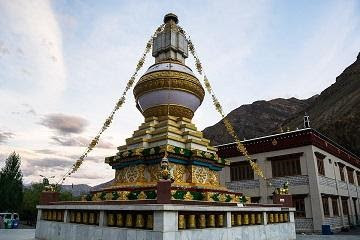 The Tabo Monastery is a very old Tibetan Buddhist monastery that still holds many ancient manuscripts and statues. This historic monastery is located in the famous Spiti valley of Himachal Pradesh.

Many tourists visit Tabo Monastery while they are traveling through the Spiti valley. Being such an old monastery, it is still functional and many Buddhist rituals and ceremonies are still conducted here.

The Buddhist monks visit this monastery to pay their respects and to learn from the teachers that live here. Several caves are built around the area of Tabo Monastery and monks use these caves for their meditation. Tabo monastery is one of the most famous monuments in Himachal Pradesh which is also a very popular tourist destination. 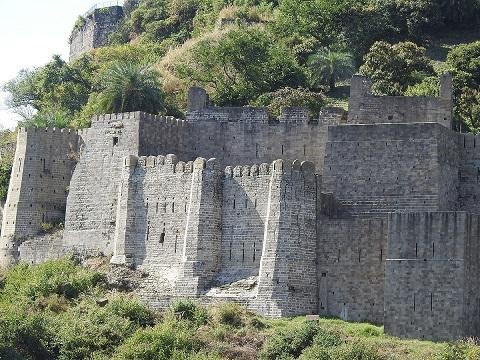 Kangra Fort is one of the most important forts in India that is considered a historical monument. The Kangra fort is located in Dharamshala situated in the Kangra district of Himachal Pradesh and is quite popular among tourists. This fort is an important destination that is included in all popular Himachal holiday packages.

The Kangra Fort has its roots in ancient history and even in the famous Indian epic of Mahabharata. The Kangra Fort was believed to be one of the most difficult forts to conquer. Many enemies have failed to do so and the majestic structure of the fort is a living monument of its strength.

Within the fort, you can find two temples which are also very popular. These temples are as old as the fort itself and very famous among the religious people. These two temples are called Ambika Mata Temple and the Laxmi Narayan Temple. 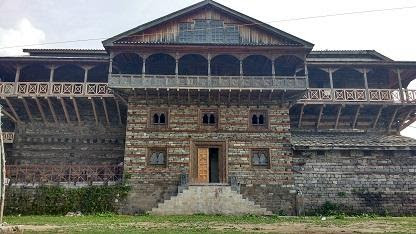 Naggar Castle is located in the famous destination of Kullu in Himachal Pradesh. This castle is a historical monument that was built around 1460 A.D. The unique architecture of this castle is built with both stone and wood. The Naggar Castle is very popular among the tourists who visit here during their vacation in Kullu.

The castle contains many historical artifacts that represent the culture of the people back in history. Tourists enjoy taking photographs in and around the castle with the background of the beautiful Kullu valley and the scenic beauty of the mountains. 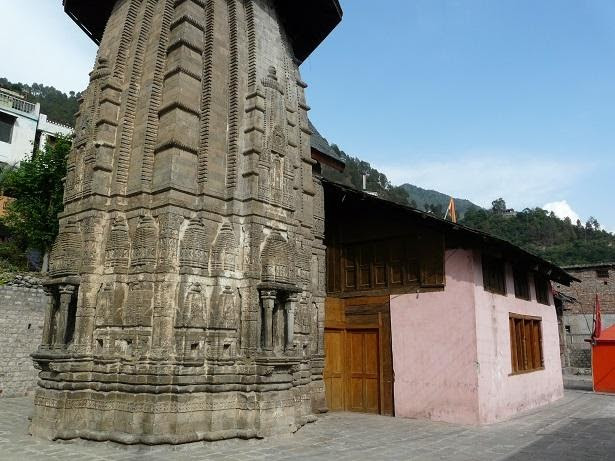 The Champavati Temple is a historical temple located in the district of Chamba in Himachal Pradesh. This temple is very significant to the religious beliefs of the Hindus and it is a place of worship for many.

The Champavati Temple is being managed and preserved by the Archaeological Survey of India (ASI) and is considered a place of archaeological importance. During the popular festivals, this temple is full of tourists from all over India. The most popular occasions are Suhi Mata Mela and the Minjar Mela when a huge number of visitors visit this temple and other nearby temples.

One of the most unique features of this temple is the detailed stone carvings that are quite interesting. The popular Himachal holiday packages for Chamba include Champavati Temple in their itinerary as one of the important places of interest. 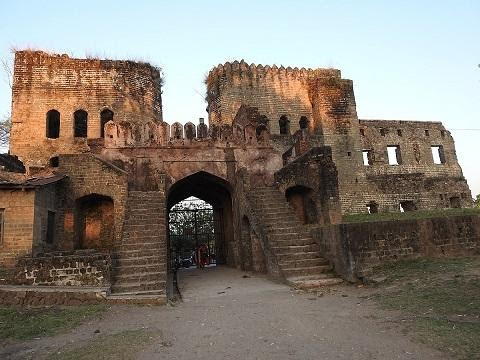 The Nurpur Fort is located in Nurpur, Himachal Pradesh. It is one of the most popular tourist destinations in Nurpur. This fort was built in the 10th century and is considered an important historical monument.

However, the fort now partially destroyed because of the earthquake that happened in 1905 and later by the British invasion. But some sections of the fort are still surviving today and are of great interest among history scholars.

There is a temple that is located within the fort premises and is known to be built in the 16th century. This temple is dedicated to Lord Krishna and her devotee Meera. Nurpur Fort is one of the most underrated monuments in Himachal Pradesh for tourists but is famous among historians and archaeologists. 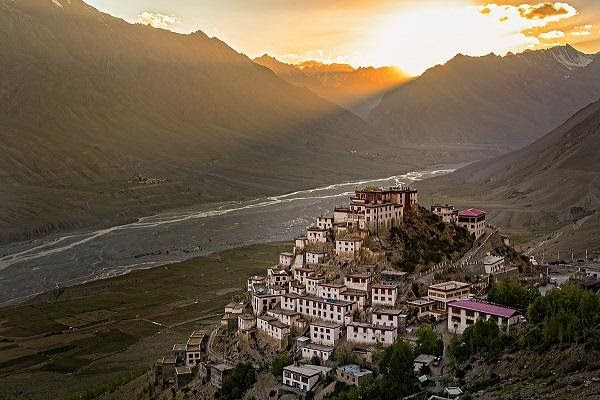 The famous Key Monastery is also known as ‘Kye Gompa’ and is a famous Tibetan Buddhist monastery located in the Spiti Valley. Every year, it attracts hundreds of tourists from all over the world.

According to history, this monastery was attacked by the Mongols in the 17th century and was later damaged during the conflict between armies of Ladakh and Kullu. Also, during the earthquake of 1905, the monastery suffered damage again. It was later revived by the Archaeological Survey of India (ASI).

The monastery holds many artifacts, manuscripts, and scrolls. The murals in the monastery are quite fascinating. Key Monastery is one of the most famous monuments in Himachal Pradesh that is important to exiled Tibetan people and Buddhist scholars. This monastery is being preserved carefully and many repairs have been done to maintain it as a popular historical monument. 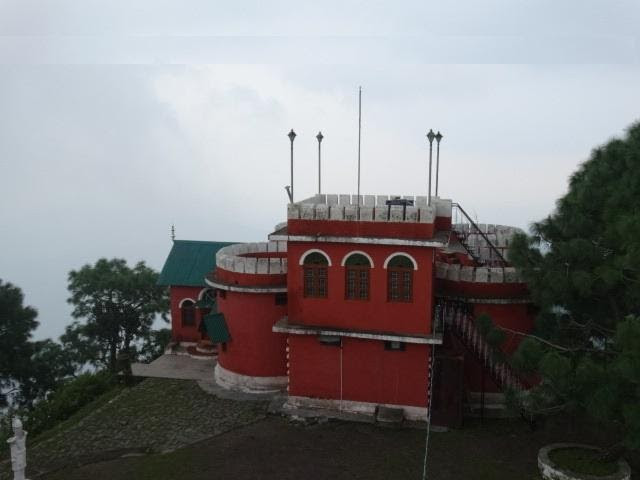 The Jaitak Fort has been a key location for the battle that was fought between the British army and the Gurkha forces in 1814. Jaitak Fort is one of the most important historical monuments in Himachal Pradesh due to the historic battles it has seen. It stands as a memorial for the soldiers who have died protecting their land from invasions.

Many tourists visit this fort for the amazing views and to visit Jaitak Fort Haveli and the war memorial that is situated near the ruins of the Jaitak fort. 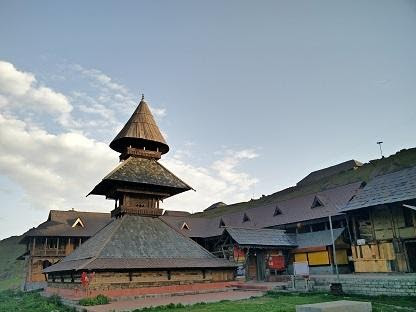 This ancient temple is dedicated to one of the most important saints mentioned in Hindu mythology. The saint called Rishi Parasher was mentioned multiple times in the Indian epic of Mahabharata. This temple is built near Parashar Lake which is one of the most popular tourist attractions in Mandi, Himachal Pradesh.

Many legends and myths are weaved around this temple and many people visit this temple as part of their religious faith. Many believe that the saint Parasher meditated at this place and a temple was built around it.

If you are a trekking enthusiast and are on your vacation in Himachal Pradesh, then visiting this temple will be a refreshing experience. The calm and tranquil atmosphere along with the beautiful views is a great way to enjoy your vacation.

These were the 11 most famous historical monuments that you can visit in Himachal Pradesh. Even if you are not much into history, traveling to these sites can help you learn more about Indian culture and history along with enjoying the cool atmosphere of the mountains of Himachal Pradesh.

If you are planning to visit Himachal Pradesh particularly for exploring the historical sites, then you can customize any of the available Himachal travel packages according to your needs.