Although famous for all its mighty snow-capped mountains, valleys, dense forests, vast expanses of meadows and pastures, etc., and its unending charms and glory fancied by those visiting the state, there is another important aspect specific to the state - its culinary delights.

Every state in India boasts of its culture and traditional cuisine that is served on special occasions such as festivals and marriages etc, as much as does Himachal Pradesh. It will not be out of context to say that the inherent beauty of Himachal Pradesh does not lie only in its natural beauty but also its traditional cuisine contributed largely to its beauty and glory.

Dham is a traditional feast that is held on all important occasions like marriages, festivals or any other occasion like various domestic celebrations etc. A dham which s essentially a vegetarian spread comprises of multiple dishes that comprise a combination of rice, rajmah, chickpeas, khatta, dal, at times sambar, matter paneer etc. such a Himachali cuisine is also known as the Pahari cuisine.

All these dishes carry a very specific taste and flavor on account of the ingredients that go into cooking these dishes, particularly cardamoms and yogurt.

Not only that even the methodology of cooking is totally different as compared to the procedure elsewhere in India. The process of slow cooking is made use of in the preparation of a Dham, comprising of all the dishes as described above,  prepared by specially trained chefs locally known as ‘Boti’s’. These Boti’s are basically traditional cooks who have been passed on the art of slow cooking from generation to generation..

Over and above the vegetarian course of a Dham, Himachal Pradesh also boasts of some special dishes which are essentially non-vegetarian. These special dishes are cooked using a combination of lentils, such dishes to are very popular among those who fancy Himachal cuisine.

Spices like chilies, turmeric, cinnamon, cardamoms etc are quite generously used in the cooking of these special dishes lending them a fiery and spicy tinge that is favored by the strong-hearted lovers of Himachali cuisine. To further enhance the taste and flavor of Himachali dishes dairy products like buttermilk, yoghurt, and ghee, too, are made use of making the dishes creamy and mouthwatering while imparting a very distinct taste and a flavor to them.

It is highly recommended to all the tourist and travelers to the state, traveling having chosen to do so on any one of our Himachal tour packages, to try out these dishes which can be had at any restaurant in Himachal, especially the Himachali Dham that is served at most of the Hotels and dhabas in Himachal.

Listed below are some of the individual items that comprise of a Himachali Dham which are simply mouthwatering dishes in their own way. 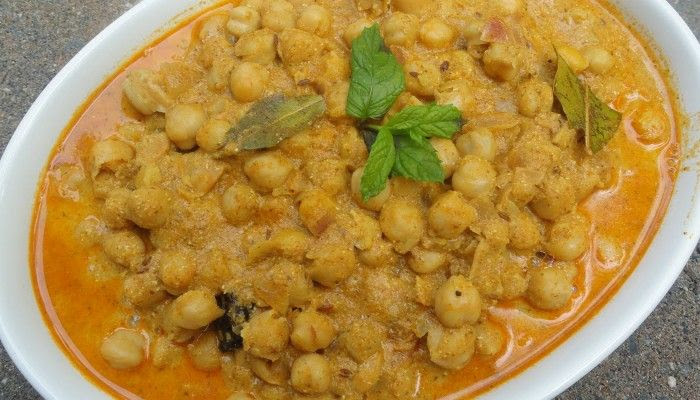 The foremost serving along with rice, in a dham, Madra, specific to the regions of the Kangra and Chamba districts of the state, that represents the food culture of Himachal, is a dish that consists mainly of soaked chickpeas, or other vegetables cooked along with potatoes in oil, yogurt,, that imparts to it that typical creamy texture, and various spices like turmeric, cloves, cardamoms, cinnamon, cumin, dhaniya etc. to further enhance the taste of the dish while imparting it with a distinct mouth-watering taste, making it an important part of any delectable Himachali cuisine. 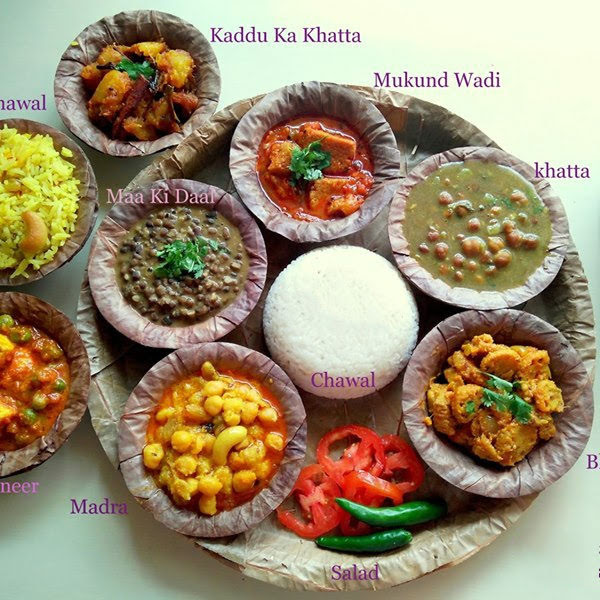 Dham, a traditional Himachali cuisine, usually prepared in the Chamba & Manali regions of the state, as already discussed above is a complete meal in itself, comprising of rice, dal, rajmah, curd, kadi, very well complemented with a sweet dish, making it a complete and a healthy dose of nutrients.  It happens to be a plate full of delicious delicacies a must serve on any and all formal occasions in the state. The special feature about this is as discussed above, that it is prepared by specially trained cooks known as Boti’s and to savor the lingering taste of this you must visit the state during some festive season 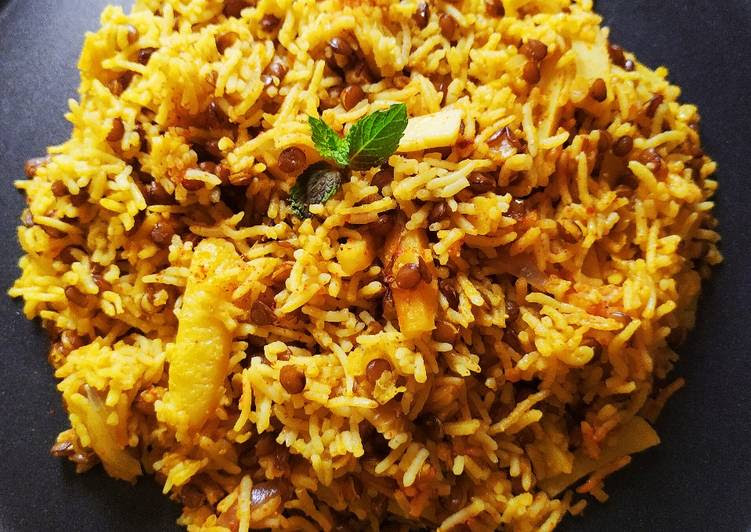 We have savored and know about what Pulao is, but have you ever tried the Pahadi Pulao or the Tudkiya Bhaath, as it is commonly known. The Tudkiya Bhaat is a delicious recipe and a perfect blend of numerous spices proportionately added. An ideal combination of rice cooked with potatoes, lentils, and yogurt in a generous combination of tomatoes, onions, garlic, cinnamon, cardamoms, giving the dish an unforgettable lip-smacking taste.

The addition of a few drops of lime further enhances the taste of this mouthwatering and lip-smacking Himachali dish, found mainly in the Chamba district of the state, invariably leaving you yearning for more. 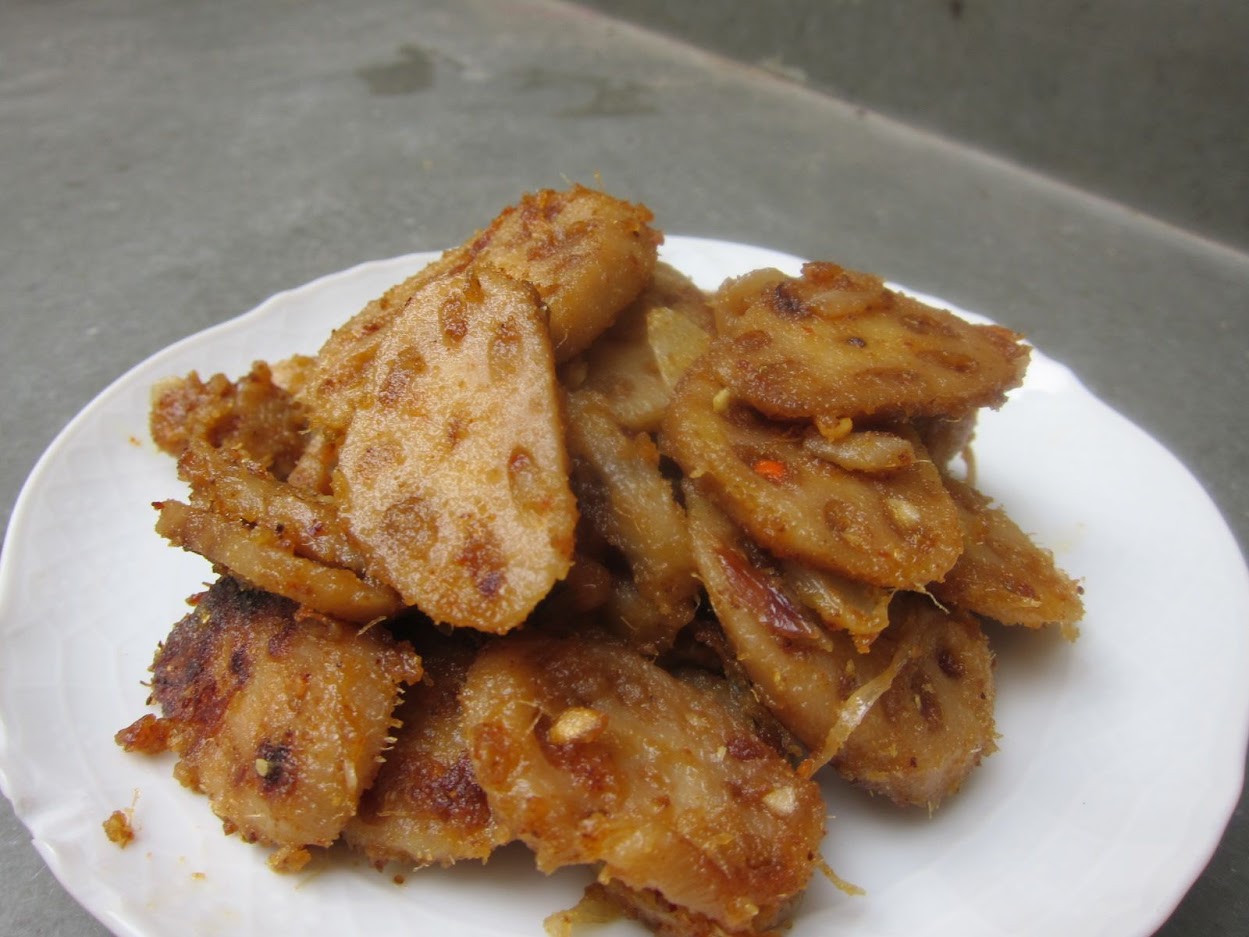 A typically Himachali dish found all over  Himachal, it is prepared by thinly slicing the Lotus roots into circular pieces and then cooking them in oil after soaking them in a delicious paste of onions, ginger garlic, and gram floor, till crispy brown. This paste adds to it a very distinct and great taste. Alternatively, you can also cook these into a curry form using some additional spices etc. 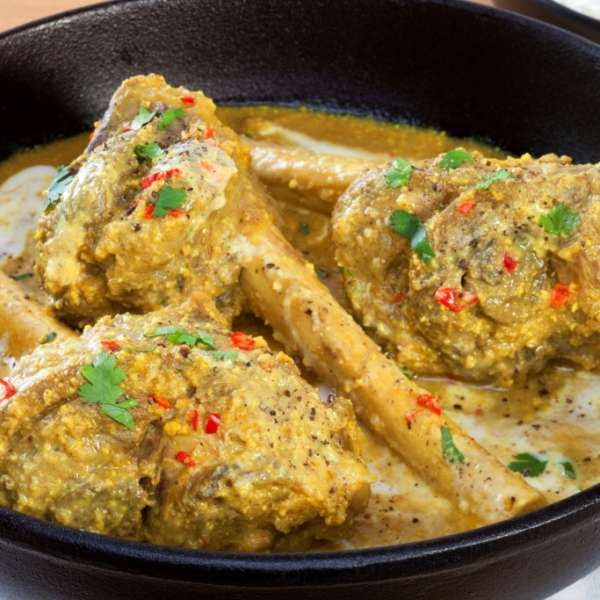 One of the typically scrumptious Himachali dishes for the hard-core non-vegetarians is definitely a dish not to be missed out on when visiting the state on any one of our best Himachal Pradesh tour packages.

This traditional dish of Himachal is prepared using well-marinated lamb, further cooked in gram flour and yogurt, and some of the spices like cloves, cinnamon, cardamoms, cumin, red chili powder, bay leaf, ginger-garlic paste, and asafetida. When properly cooked in the combination of all these, the taste and the flavor that is brought out is nothing less than mouthwatering, a must-try when on a visit to the state. 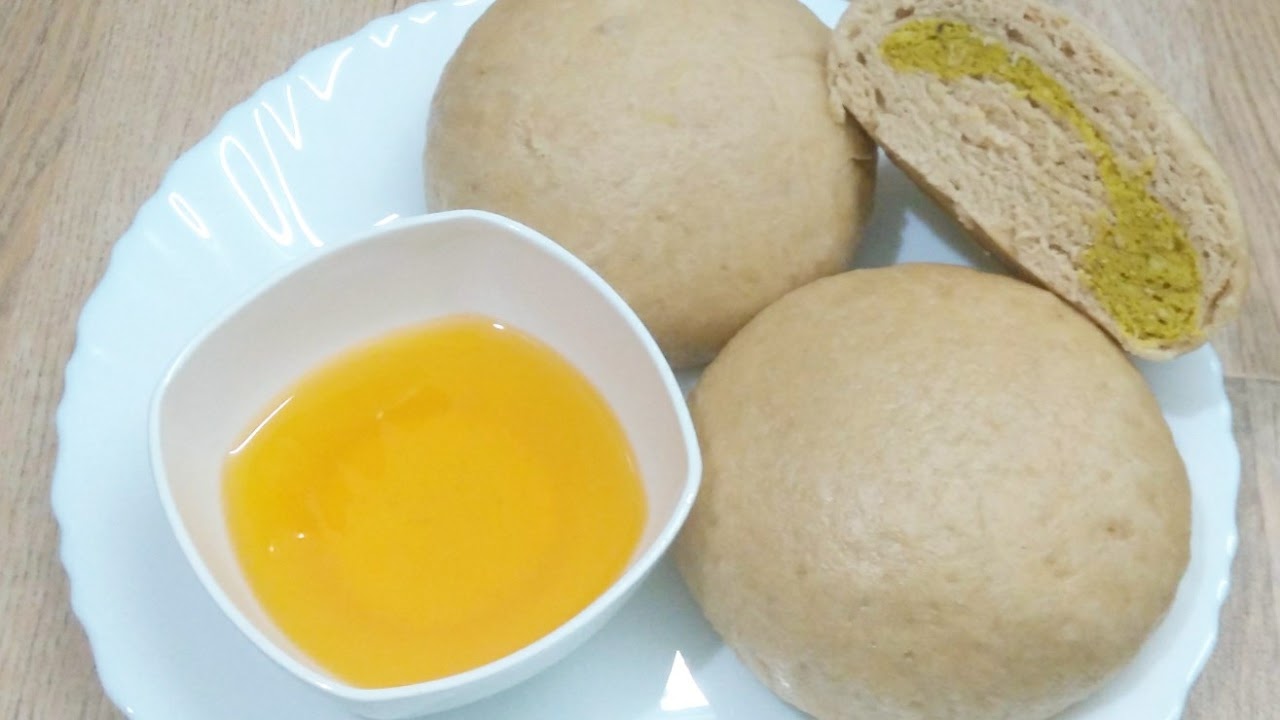 Made using wheat flour or atta, as it is commonly known, Sidu essentially happens to be a localized side dish of a Himachali cuisine complementing the main course of mutton or any other vegetables. Although the preparation of this is very time-consuming but the taste that it gives is worth every minute of the time spent in cooking it.

After the dough has been made out of the wheat flour having been mixed with yeast, it is left alone for about 4 to 5 hours thus giving time for the yeast to settle down. Thereafter small quantities of dough is taken, flattened out and filled with fat and then rolled back again and put on direct fire so that it gets half cooked where after it is steamed to cook it further. It is steamed in order to maintain the richness in its taste and preservation of its nutrient value. It is widely served in the restaurants in Himachal to give the tourists a flavor of the delectable Himachali cuisine. 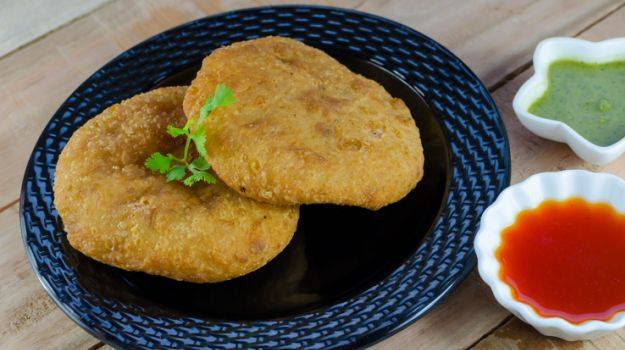 I am quite certain that all of us have, at some point in time, savored the delicious kachori’s especially when they are served hot with the accompanying sabji. Well my mouth starts watering at the very mention of these, so much for that. Have you tried the Himachali version of these?

Incidentally, the Himachali version of the North Indian kachori, Babru, often found in Shimla, as it is local known, comes with a small twist to it, in the sense that it is made from flatbread prepared with a stuffing of black gram paste which is kneaded into the dough and later fried in oil. The scrumptious and crispy taste when taken with tamarind chutney or the famed Chana Madra of the Himachal cuisine, is something incomparable and beats the conventional North Indian kachory in taste and flavor.

Trout, the very name brings water to your mouth, if you are a fish eater, is a fish that tingle the taste buds of the people the world over. It is indeed such a delicacy. Himachal Pradesh boasts of a number of non-vegetarian delicacies the trout happens to be one of the leading Himachali non – vegetarian delicacies.

The Kullu region of Himachal Pradesh is famous for Trout, not only that trout fish farming too is widely promoted in the state while Barot in Mandi district of the state is famous for this fish and you can find people frequenting Barot for the same reason, moreover, you can also relish this delicacy cooked in minimal spices such that the nutrients do not get destroyed and the original taste of the fish is retained.  This dish when served with a generous helping of some boiled vegetables makes for the healthiest delicacies of Himachal Pradesh. 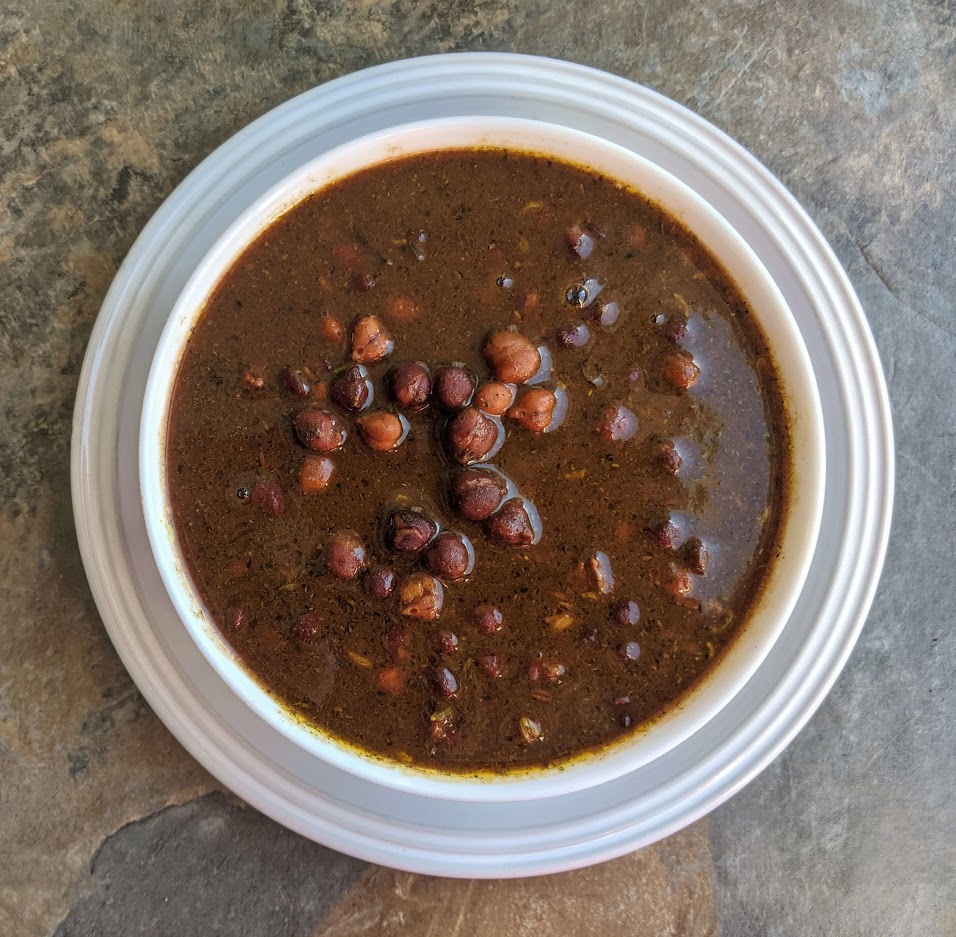 Another accompaniment with the typical Pahari Dham, this Black gram Khatta is an essential serving with rice, served as the third course after Madara.

Suggested Read: Destination not to Miss in Himachal Tour 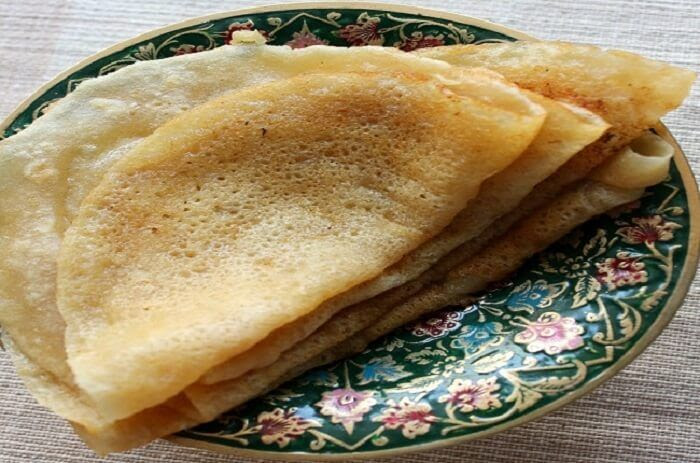 It is typically the Indian version of a Pancake that is a specialty of the Sirmauri people who relish it as their breakfast dish.. It is made from a mix of wheat flour, sugar and milk, also known as the flapjack, the Patande is a fantastic breakfast delicacy relished the people of the district or rather Himachal Pradesh, In fact it is also categorized as one of the delicacies of the Himachali cuisine. This dish, specific to the Lahaul & Spiti Valley of the state is a dish that is also widely relished by the local Himachalese. Atkori is a very typical dish among the Himachali cuisine prepared during festive times. A typical pancake it is prepared from the buckwheat leaves and then cooked in wheat flour, a Himachali delicacy to be relished when visiting Lahaul & Spiti on your Himachal Pradesh holiday tour package. 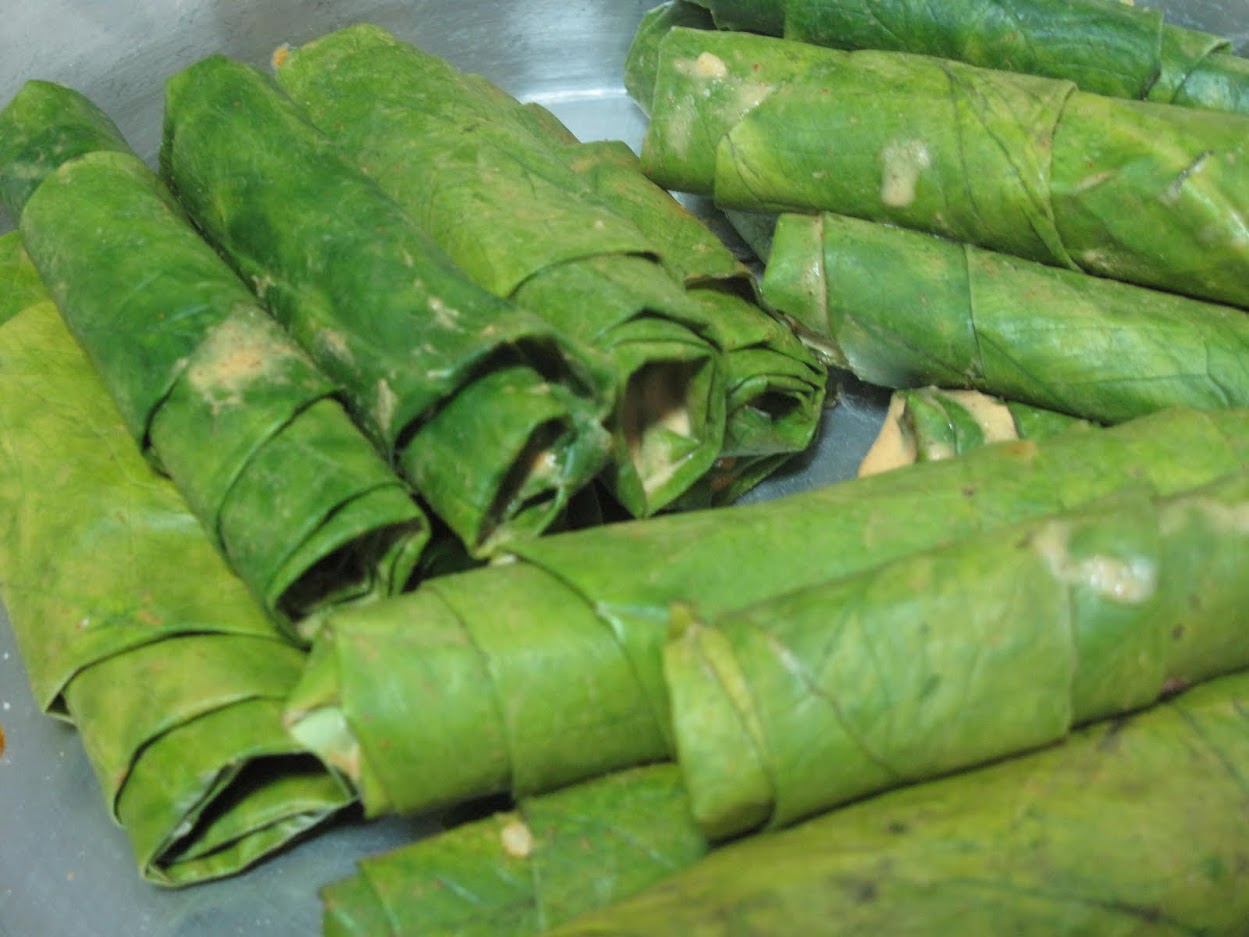 A Himachali, seasonal specialty made during the fag end of the monsoon season when the ‘arabi’ leaves can be found in abundance. Moreover, it is also prepared as one of the delicacies as a part of the dishes cooked to mark the celebrations of Sankranti, which falls on the 16 of September, annually.

The Patrode is prepared by applying a paste of gram flour along with select spices on them and then rolling them up and ultimately steam cooking them. Later, before enjoying them you can cut them up into pieces and fry them before relishing them with some chutney accompaniment. 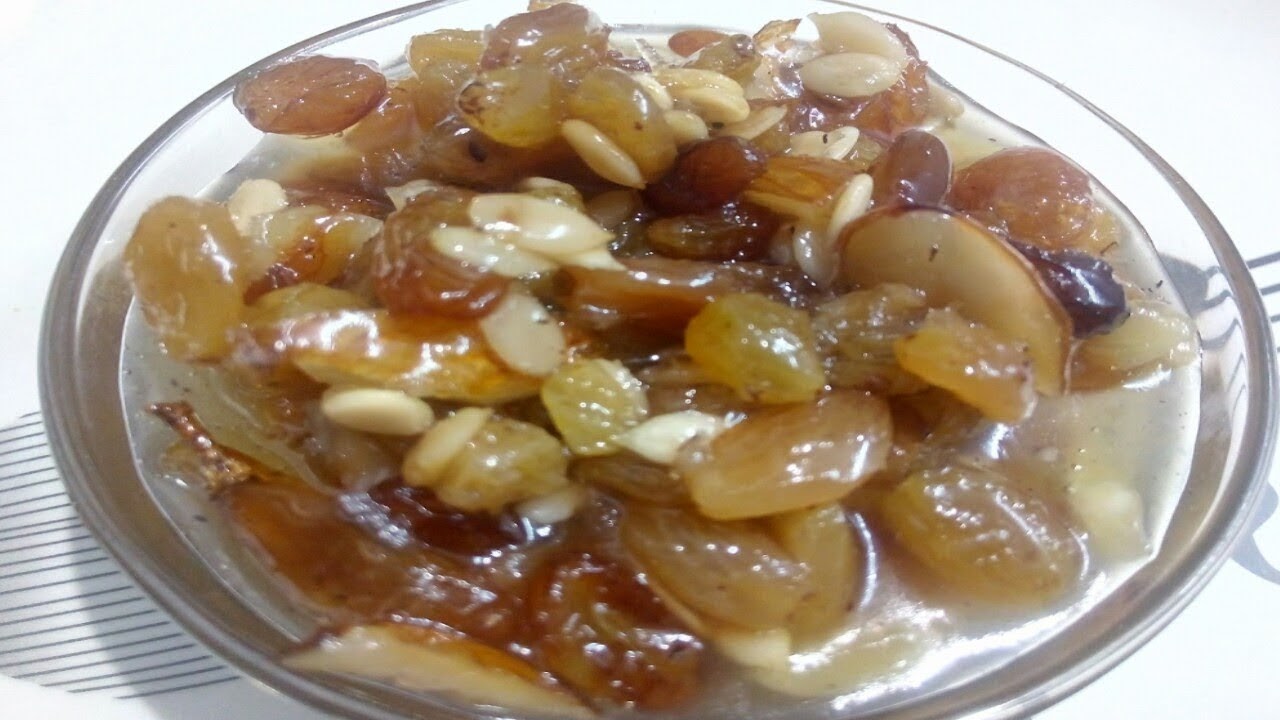 An important part of a Himachali Dham, the Mitha or the sweet dish is served as the closing course in Dham. It is essentially sweetened rice cooked mixed with raisins and dry fruits and is very delicious to say the lease and makes for a mouth-watering Himachali delicacy.

Suggested Read: What to Look in Manali Honeymoon Tour 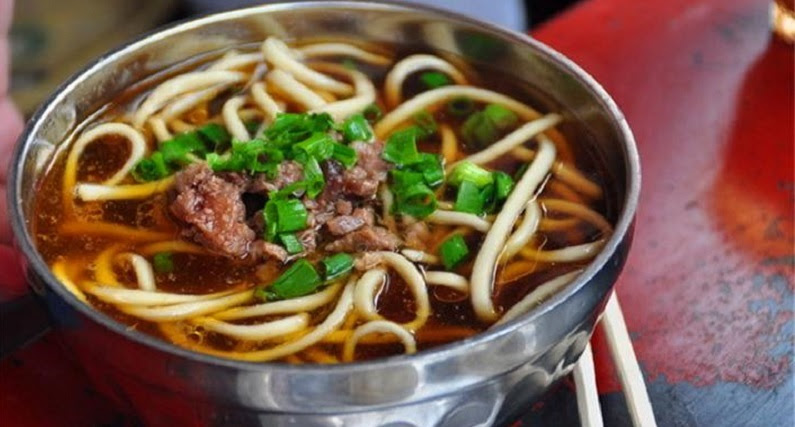 Himachal Pradesh as everyone knows is also home to a number of Tibetans who have settled in this pristine state and made it their second home. So when we talk about the Himachali cuisine or the food it seems to be in a way incomplete now without making a mention of Tibetan food and delicacies.

The best of this Tibetan cuisine can be encountered in and around Dharamshala or Mcleodganj, near Dharamshala.as Mcleodganj is the Tibetan settlement also known as little Lahasa, the place that also showcases the Tibetan culture at its best. Talking of their delicacies they include the famous Momo’s, Thupka, Tingmo, Luchi Poti Naizha cake etc to name some, dishes that can be enjoyed at kiosks, any and everywhere in Himachal Pradesh.

Discussed above are some of the delectable Himachali delicacies that are a must-have on your trip to Himachal Pradesh on any one of our Himachal holiday tour packages, for an additional perk to your experience, since isn’t traveling all about getting to know about the culture of a place?

This article is originally published in Gr8traveltips