Want To Experience Tranquility At Its Best? Visit These Offbeat Places

Himachal Pradesh, as a state has an immense number of destinations within itself, both explored and unexplored, that it becomes difficult to keep a count of such destinations and also is difficult for the traveler to cover it in its entirety. Also known as the abode of Gods (Dev Bhoomi), as it is home to ancient historical temples of deities, a mention of which is made in the ancient Hindu texts, and various ancient Buddhist monasteries.

It offers a wide range of tourism potential from, adventure, sightseeing, pilgrimage, to an escape from the busy city life, for a rejuvenating experience. A visit to this state can also be termed as a visit to the serenity of the hills that invigorates a visitor on his trip to this place. Not only that, it even offers the Honeymooners a choice of where to spend those romantic moments, for lifelong memoirs.

Tourist destinations like Shimla, Kullu, Manali, Dharamshala, Dalhousie, and the likes, now, need to be essentially classified under the beaten paths being frequented by the tourists in general; making them overcrowded places giving a claustrophobic feeling when visited during the peak season. To truly enjoy and relish the serenity of this pristine state, mentioned below are some offbeat, places where one can think of or enjoy a truly lay back vacation, that will leave you craving for more, once visited. We have listed below some such destinations to choose from when you next plan for your Himachal tour packages.

• Shoja - Spectacular Views Of The Himalayas

• Sangla - The Land of Nagas God

• Chitkul - Resting By The Indo-Tibetan Bord 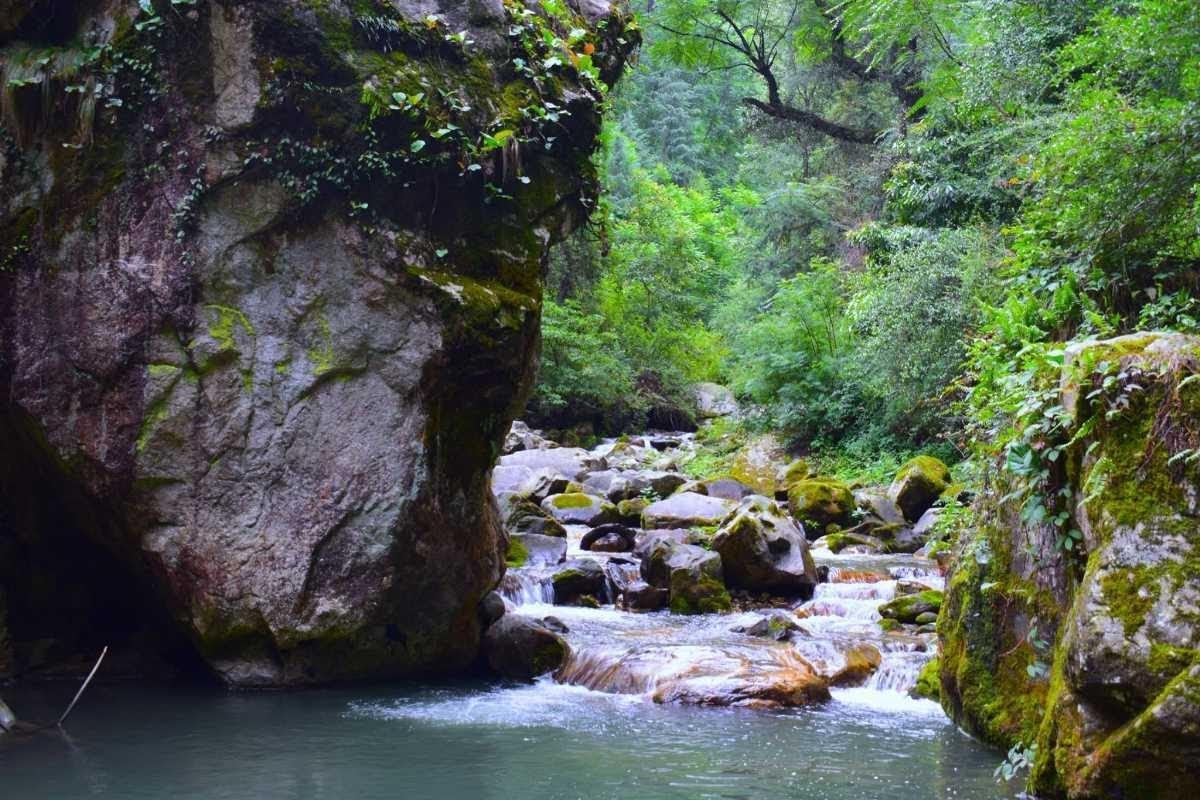 Often referred to as a mesmerizing "hamlet" situated amidst the lush green forests and surrounded by Kaleidoscopic Mountains, Jibhi is just the right place to relax and spend some peaceful moments with your loved ones, on your Himachal honeymoon tour packages. An offbeat place in Himachal Pradesh, Jibhi is untouched by industrialization and surrounded by nature. The dense pine forests, tranquil freshwater lakes and pristine temples make this place worth visiting. The cozy Victorian-style cottages available there are an added bonus that would make you feel as if living in the Victorian Period.

Shoja - Spectacular Views Of The Himalayas 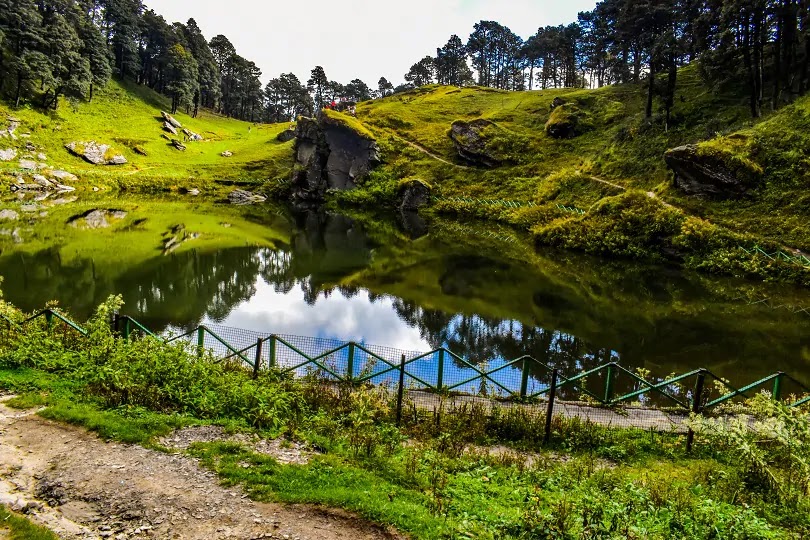 Close to Jalori Pass, mid-way between Kullu and Shimla, Shoja or Sojha is an absolutely splendid and striking hill station of Himachal. Famous for bird watching, overnight camping, nature trails, and trekking when on your Himachal tour packages —Shoja offers the most spectacular views of the encircling Himalayan Ranges. This place is a tranquilizer for people searching for peace. The wooden houses and the slow moving passes take you to the stairway of heaven. 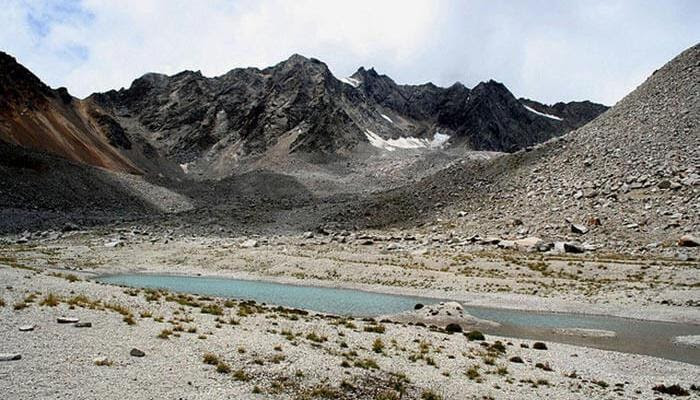 The pass is new to your ears, but if you love trekking then this is where you should be heading. Trekking in Charang Ghati Pass starts from Kinnaur. The parikrama around the beautiful hills on the backside offers views that are worth dying for, experience these views first hand on your Himachal adventure tour packages. Charang Valley Trek is one of the most difficult treks in Himachal. Make sure to take a guide with you if you plan to undertake this trek. Also make sure to trek this region in the peak season. 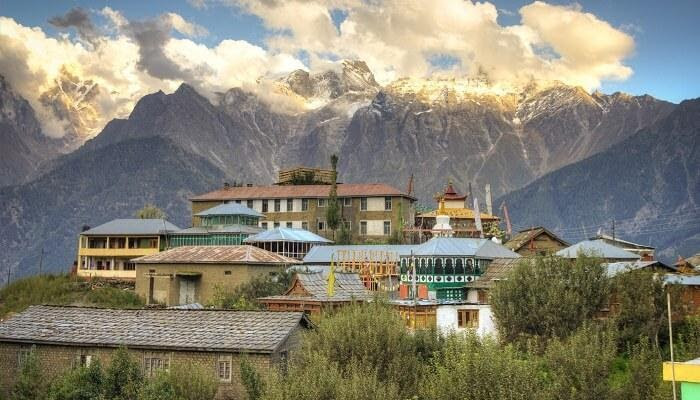 This is one of the biggest villages in the Kinnaur district, which is surrounded by the lush greenery and snow-covered mountains of Kinnaur Kailash. Alongside that, there is a myriad of apple orchards where the apples are the main crops to sell for the locals. From here one can enjoy the sight of the Kailash shivling which changes its color throughout the day which needs to be seen to be believed, when on your Himachal travel packages. There is also a temple which is devoted to the goddess Chandika, which is located at a distance of 11 km from Kalpa. This is one of the best-hidden places in Himachal to explore.

Sangla - The Land of Nagas God 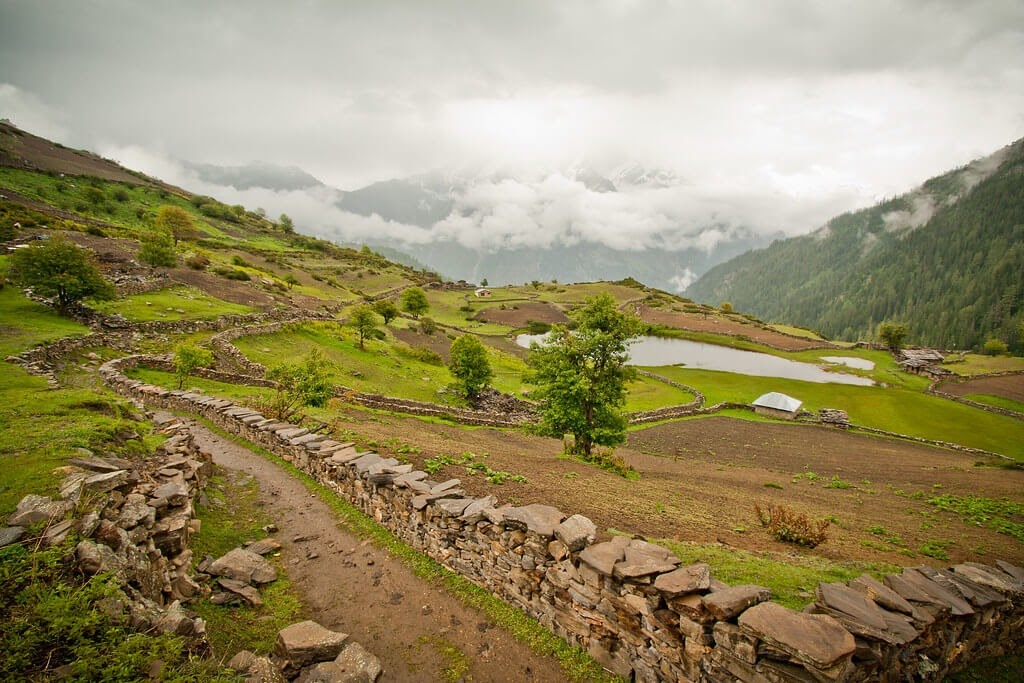 Located at a distance of 57kms from Kalpa valley, this beautiful valley of Himachal is located by the bank of River Baspa. This is one of the most mesmerizing unexplored places in Himachal which showcases a tranquil beauty, which you can explore on your Himachal tour travel package. Surrounded by the natural scenery, this place is covered by the snow-clad mountains which are also the main highlights of this place. There is also a temple in the region that is devoted to the Nagas God and is one of the must-visit places in Sangla

Also Read: Things to do in Manali

Chitkul - Resting By The Indo-Tibetan Border 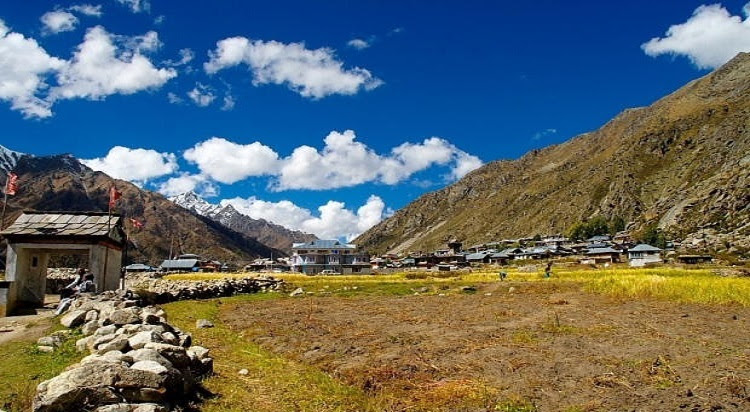 This is a little hamlet that is located in an offbeat location of the Kinnaur district of Himachal Pradesh. Resting at the Indo-Tibetan border, this is the last village in the trail that is inhabited. It is also the last place in India which can be visited without any permit when you go on your Himachal trip package. Resting by the side of River Baspa, this place looks like a beautifully painted picture. Surrounded by the fruit-laden orchards and plush-green vegetation, this valley is especially known for its potato and peas vegetation. 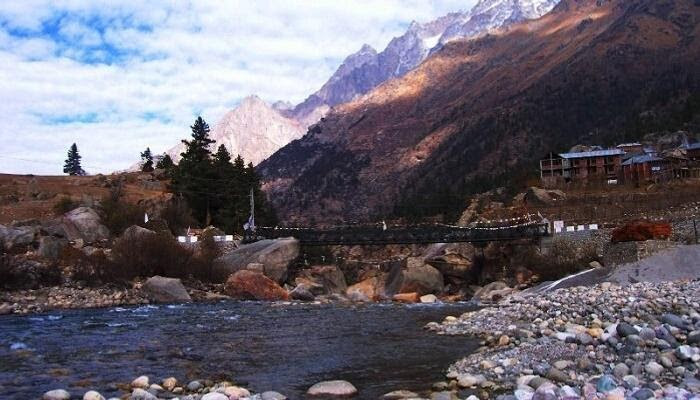 This valley is considered to be one of the unexplored places in Himachal which are enclosed by the pristine mountains. With the river Baspa meandering its way through the valley, this place is truly heaven to be explored by the travelers who visit here on their Complete Himachal tour packages. Standing between the towns of Sangla and Chitkul, this place is located at a close distance from the Indo-Tibetan border. There are many Buddhist monasteries and Hindu temples found in the region. Alongside that, it is also home to many Himalayan animals like Musk deer, Blue Sheep, Brown Trout, and Himalayan Black Bear 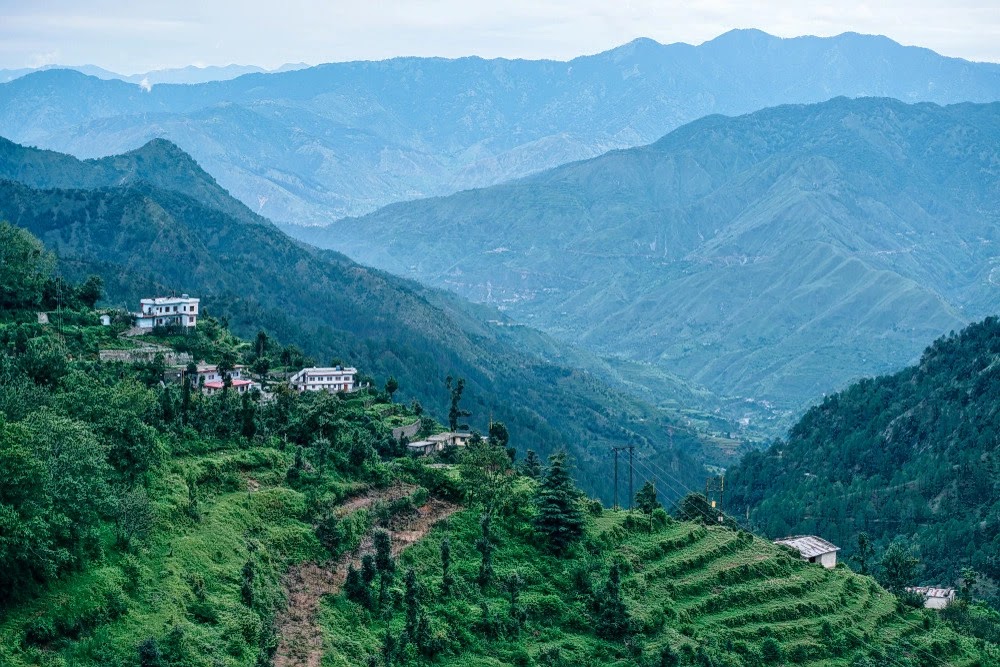 With its floors being covered by forests and woodland, Narkanda is one destination that exhibits snowfall in winters perfectly. Looking nothing less than a winter wonderland, for those on their Himachal Honeymoon tour packages, Narkanda is known for its apple orchards and the surreal beauty that oozes out of the natural winters. Blanketing the Tannu Jabar Lake, Narkanda is home to various trekking routes and temples that leaves every traveler in awe. 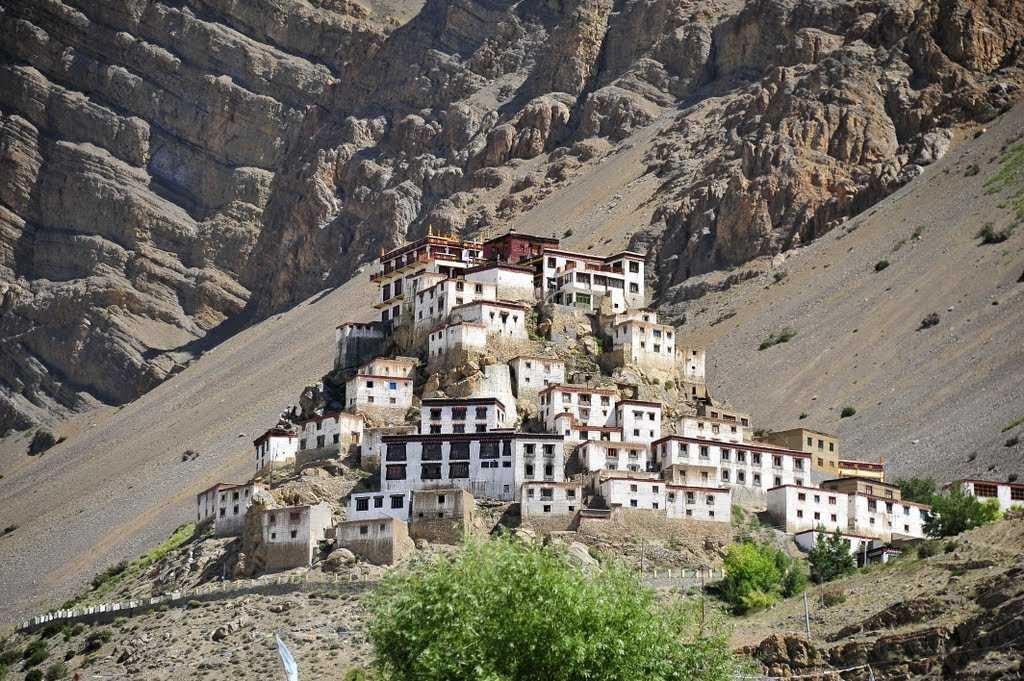 Kaza, sitting huddled in the corner of Himachal Pradesh is a tranquil getaway on the plains of the Spiti River. Lapped by majestic mountains covered in snow, meandering and bubbling rivers and streams and picturesque barren landscape with scattered patches of green, Kaza is a dream destination.

Monasteries, Gompas and other historic wonders add charm to this already magical city. Today, this city is a wonderful blend of modernity and unique ancient culture that will leave you enchanted with its mystery when you go to Kaza looking forward to a rejuvenating experience on your Himachal trip package. So If you are packing your bags to relish the beauty of Kaza, then the period from May to October is an ideal season to do so.

Also Read: Tips and Tricks for Budget Trip to Himachal 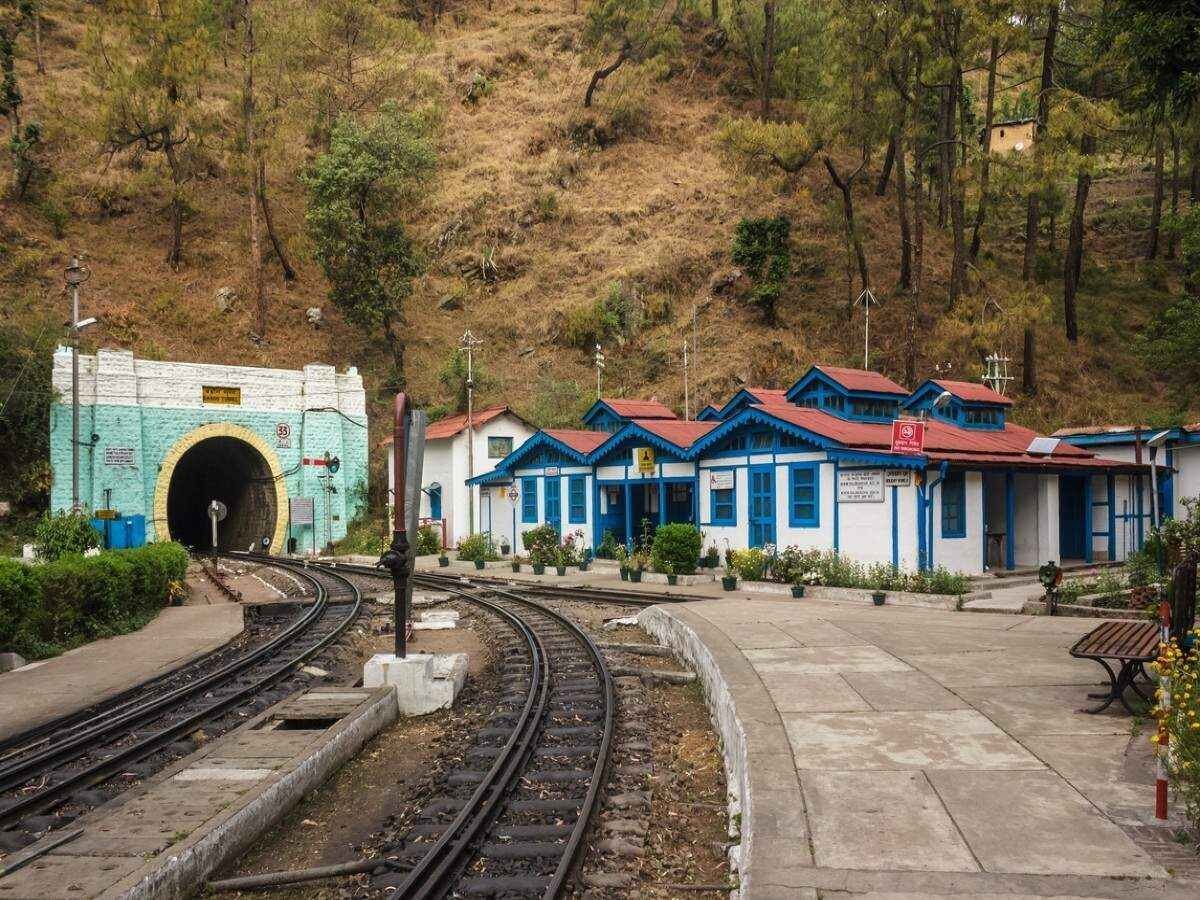 An ideal tourist destination in Himachal Pradesh is a combination of not just the scenic beauty of the Himalayas that you’d expect from this gorgeous state but also a place that is steeped in pre-colonial history and ancient myth. This place meets up with all these requisites containing all the usual magic of Himachal while at the same time offering its own blend of uniqueness and wonder, waiting to be experienced by you on your Best Himachal tour packages.

Situated at a height of about 1560 m, Barog is a town in the Solan district of Himachal Pradesh. In case you’re visiting Shimla during the monsoons and are looking to trek, camp, and visit nearby spots, Barog needs to be on your bucket list! This little town has so much to offer to those visiting that you can’t afford to miss the opportunity to hop on to a bus and explore. 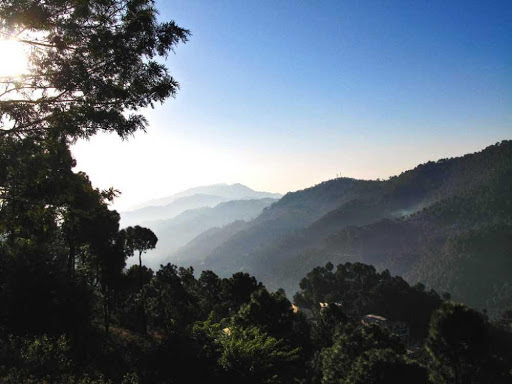 Dagshai or Daag-e-shahi is the oldest cantonment town in the hilly terrains of the Solan district of Himachal Pradesh, in India. Perched on top of a hill at 5,689 feet above the sea level, this tiny town is worth visiting at least once in a lifetime, to get a taste of what a real offbeat attraction feels like. The foundation of the township was laid down by the East India Company in the year 1847.

The hill station is a cantonment area since British times, has numerous buildings belonging to that period. The town is so small that the two schools occupy most of the hilltop. Nevertheless, one can find some exciting attractions, on ones Himachal holiday packages, which make the visit fun-filled as well as informative.

So what better way to experience the serenity and tranquility of this hill state, than actually visiting these places and getting to learn more about the people and their culture.

This article is originally published in Houseofcoco