7 Exhilarating Things to do in Punjab

Punjab: The land of 5 Rivers

The state of Punjab is the situation in the Northern part of India bordering Pakistan. The very word ‘Punjab’ means ‘Five Waters’ because of the combination of two words ‘PANJ’ and ‘AB’. Also, the land of Punjab is a significant area where 5 major rivers of Sutlej, Jhelum, Chenab, Ravi, and Beas flow.

Punjab has rich fertile land which is ideal for agricultural activities. Agriculture is one of the most popular occupations in the villages of Punjab. Punjab is famous for its amazing food, cultural dances, and various religious and cultural traditions which are unique compared to the rest of India.

Historically, the land of Punjab has been prone to many Islamic invasions. Because of this, the people of Punjab were constantly at war. In the earlier historic times, there have been many archaeological proofs that pointed towards the invasions from Greeks, Hephthalites, and Kushans as well.

Presently, the majority of Punjab’s population belongs to the Sikh faith. There are other small communities of Hindus, Jains, Christians, and Muslims as well. Punjabi is the main language that is spoken here. Urdu, Hindi, and English are also spoken among people.

Top 7 Things to Do in Punjab

2. Exploring the City of Amritsar

5. Exploring the city of Patiala 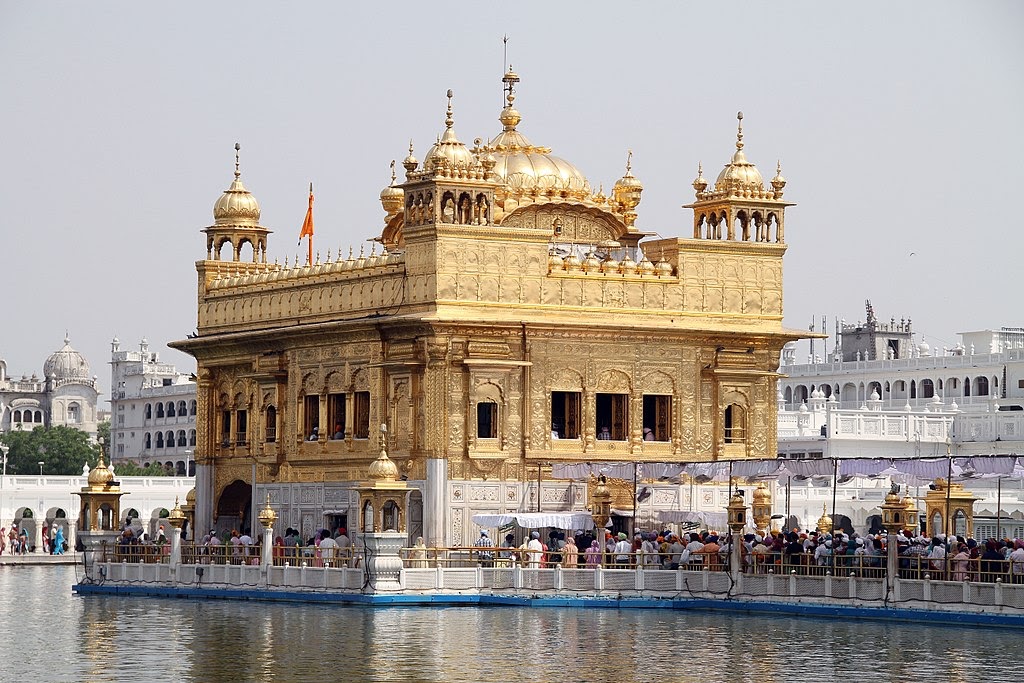 For international tourists, visiting the Golden Temple is one of the top touristy things to do in Punjab. Tourists from abroad are particularly fascinated by the sense of calm and peace they feel during their visit here.

Throughout the year, The Golden Temple is full of people who come here to pray. The temple provides free meals to all visitors as part of their tradition. The most unique feature of this temple is the temple is plated in gold. It looks truly magnificent during the day as well as the night.

Especially during certain Sikh festivals and traditional events, the Golden Temple is visiting by thousands of people from all over India.

2. Exploring the City of Amritsar 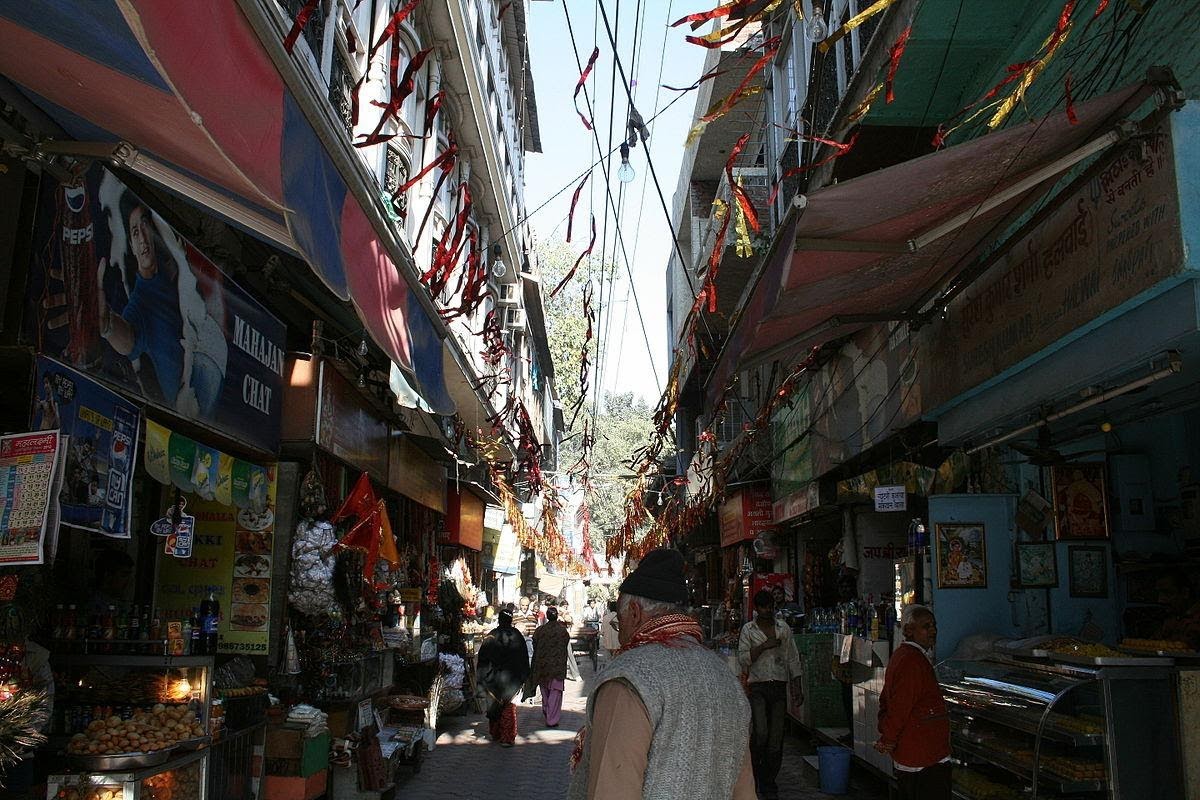 Wandering through the city of Amritsar is one of the most exciting things to do in Punjab. Apart from being home to The Golden Temple, the city is full of attractions that tourists can enjoy and savor.

The huge market that is built around the Golden Temple is full of delicious Punjab food varieties that are unique in their taste. You can find all the popular varieties of popular Punjabi foods. Most commonly known foods such as Amritsari Naan and Kulcha have a unique way of preparation that can be witnessed at these shops.

There are some areas of the market that have been developed according to modern standards with beautiful architecture and infrastructure. You can visit famous monuments such as the ‘JalianwalaBagh’ while you are exploring the markets.

Another major attraction in Amritsar that brings in thousands of tourists from all over India, is the famous ‘Wagah Border Ceremony’. Every day in the afternoon the border closing ceremony is performed with the neighboring rangers from Pakistan Border. This 45-minute ceremony involves saluting the flags of both countries with people on both sides cheering at the border rangers doing an extraordinary marching performance. This ceremony is very popular and it is great to see both the countries showing their respect for their nations and each other. Witnessing this ceremony is one of the most exciting things to do in Punjab. 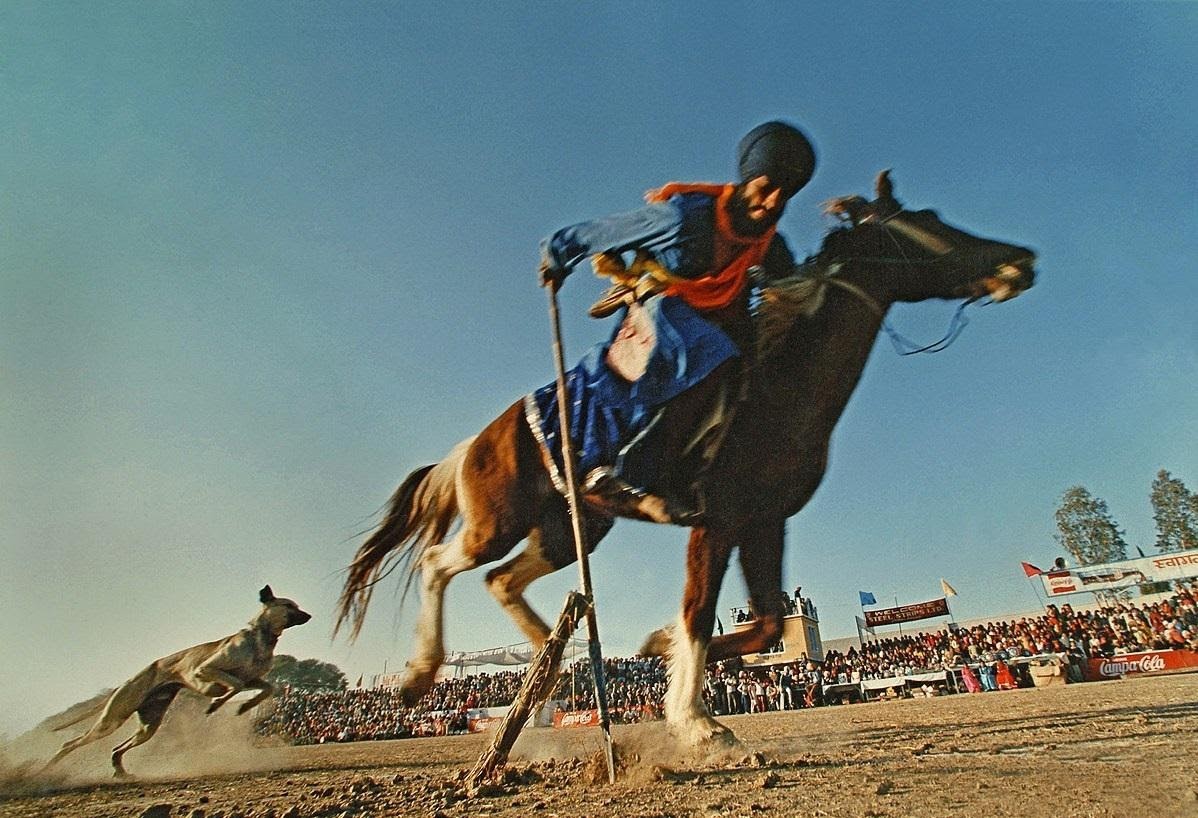 Kila Raipur is a very popular village near Ludhiana city of Punjab. The reason for its popularity is the rural sports festival that is held every year. Both Punjabi men and women take part in various sports categories to show their skill and strength.

This sports festival has also been called ‘The Rural Olympics’ of Punjab. Some of the major sports categories in this festival are bullock cart racing, kabaddi, and many other athletic sports. The popularity of this sport increased due to many international tourists visiting this area and documenting their experiences. 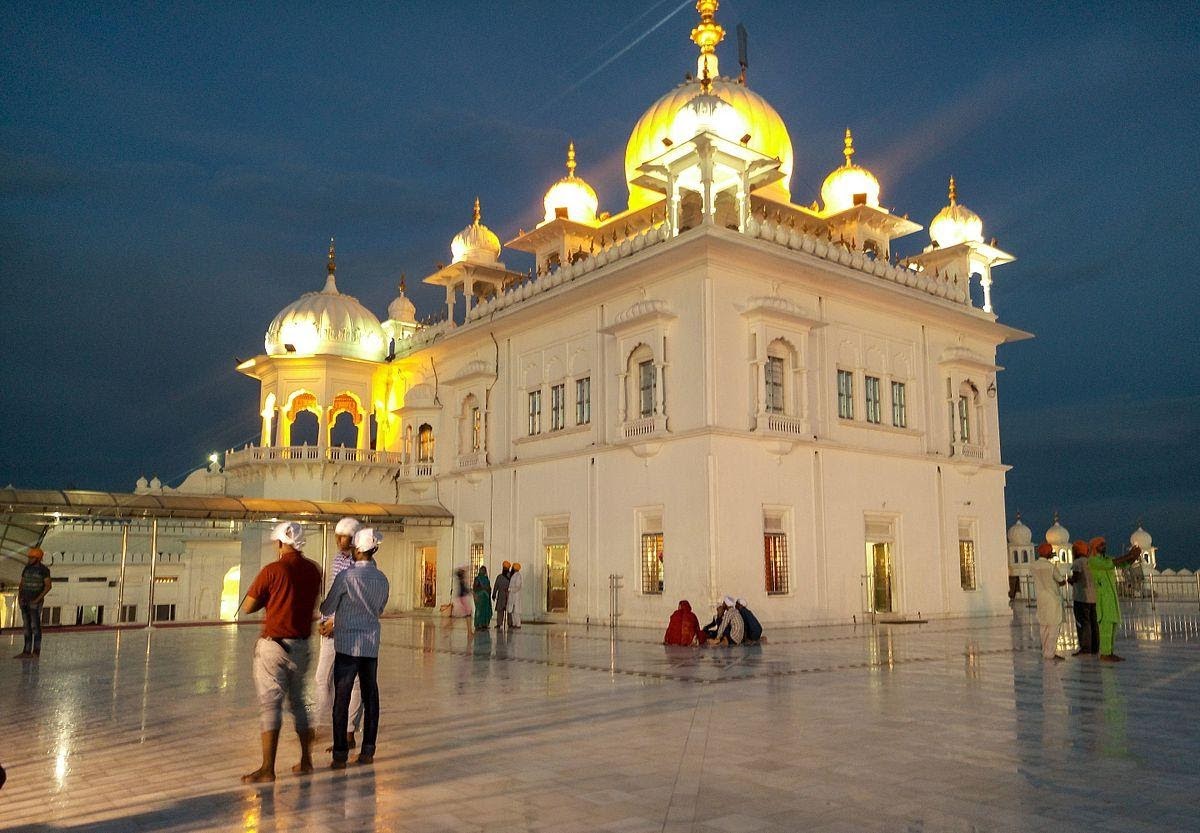 The holy city of Anandpur Sahib is located in the Ropar district of Punjab. The city is situated along the Sutlej river and near the famous hills of the Shivalik. The scenic view of the green landscape makes it one of the most beautiful areas in Punjab.

Anandpur Sahib is important to the Sikh community because the tenth Guru of Sikhism, Sri Guru Gobind Singh Ji stayed here for a long time with his disciples.

The major attraction of this city is the holy site of GurudwaraKeshgarh Sahib. This Gurudwara holds a very important significance for the Sikhs. The other important temples (Gurudwaras) in Anandpur Sahib are SishGanj Sahib, Guru Ka Mahal, BhoraSahin, and Akal Bunga Sahib. Pilgrims from all over India visit these important sites to pay their respects to their gurus.

Anandpur Sahib’s most important event is called ‘Hola Mahalla’ which is celebrated on the day of the ‘Holi’ festival. This day is dedicated to the tenth guru of Sikhs, Sri Guru Gobind Singh Ji.

On this day, the ‘Nihangs’ who are the Sikh martial artists show their martial prowess through various sports. These sports activities include sword fighting, archery, horse riding, and others. This event is attended by hundreds of people visiting from all over Punjab. Attending this festival is one of the topmost things to do in Punjab as a tourist.

Another important attraction dedicated to the Sikh tradition is the famous museum of ‘Virasat-e-Khalsa’. The museum is a symbol of the celebration of the Sikh religion’s establishment of over 300 years.

This museum is a popular attraction that brings in Sikh pilgrims and travelers from all across India. The museum is full of art exhibits depicting the culture of Punjab in the 15th century. There are also some beautifully hand-painted murals showing the evolution of Punjab from the past to the present.

This museum is a must-visit for the tourists who wish to learn more about Sikh history and its origins along with the evolution of the cultural lifestyle of Punjabi people. It also shows the history of the ten Gurus of Sikhism along with various iconic Sikh leaders of Punjab.

Suggested Read: Things to do in Rishikesh

5. Exploring the city of Patiala 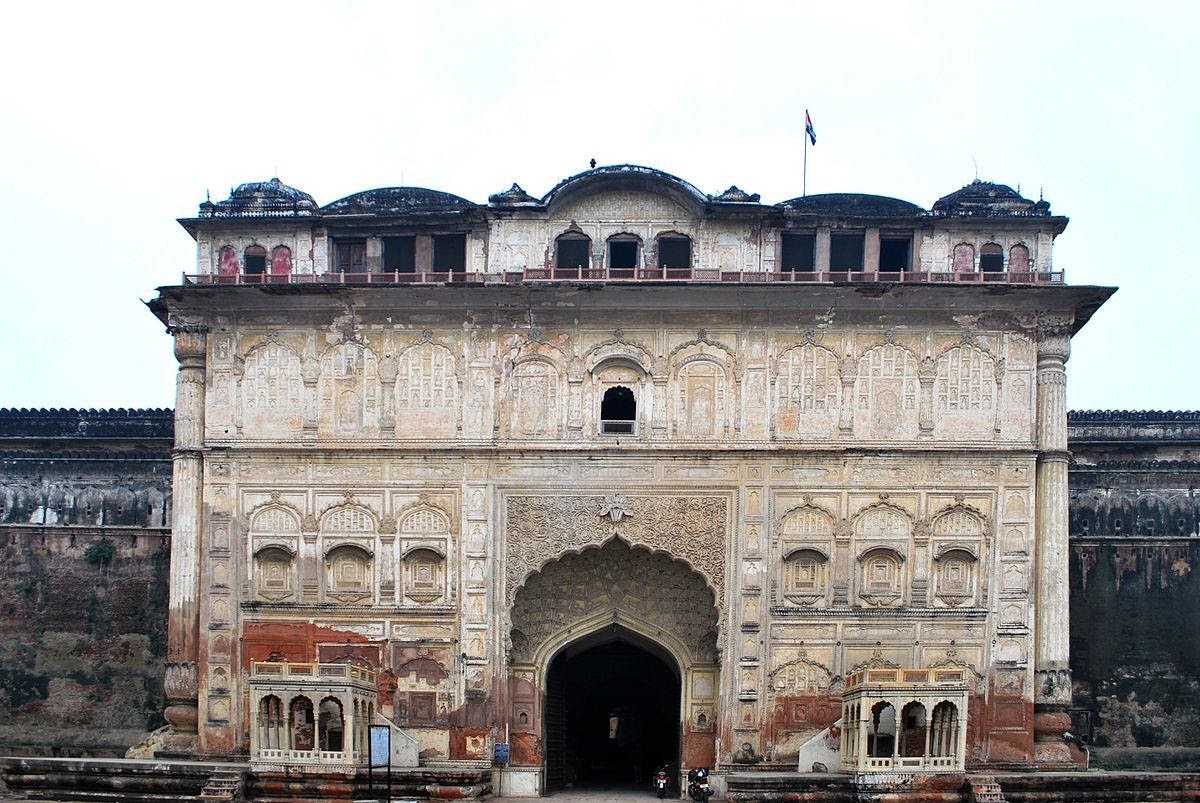 This famous city in Punjab is known for its royal heritage dedicated to the ruling kings of the past. Patiala city is still an administrative area for the government of Punjab. There are many attractions in Patiala for the tourists visiting here.

The Patiala Heritage Festival is one of the most important events that is promoted for tourism. The festival brings together artists, musicians, and craftsmen at one place to display their art to the public. This festival is held during February and is visited by hundreds of people from all over India.

Some of the other major attractions in Patiala include many beautiful gardens and majestic forts. Some of these attractions are Sheesh Mahal, Rang Mahal, Darbar Hall, and QilaAndrun. Among these, Sheesh Mahal is particularly famous for its unique Mughal architecture. There are many garden areas around the Sheesh Mahal making this a very popular tourist destination. 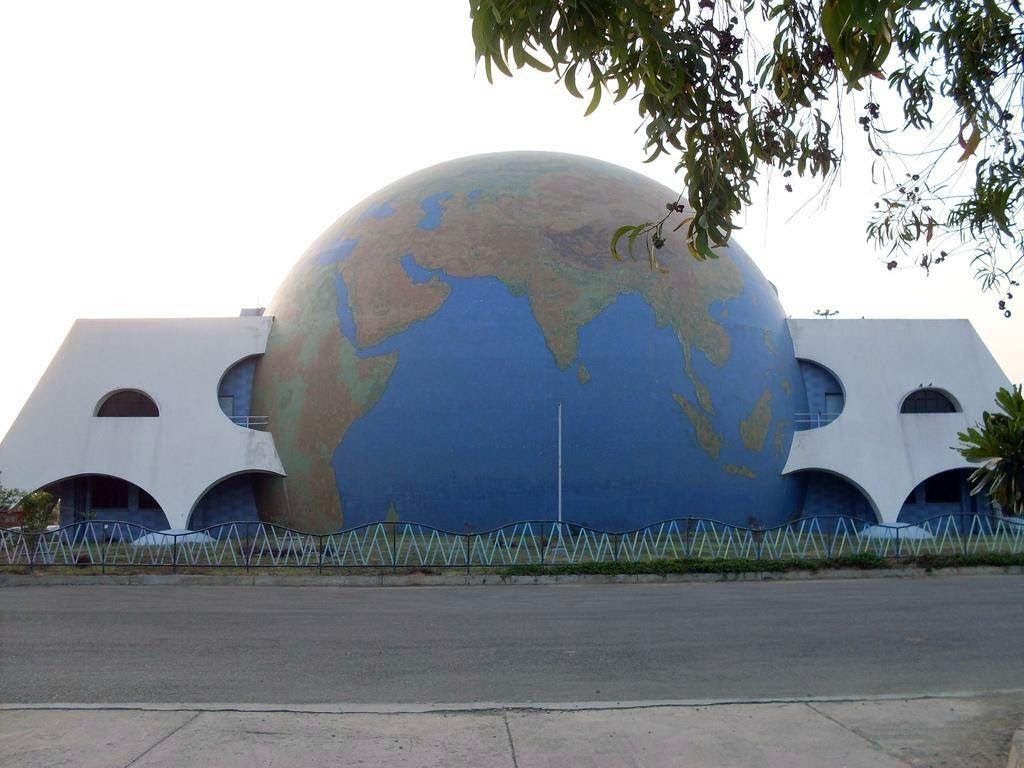 This is one of the best tourist destinations in the city of Jalandhar. For families with children and science enthusiasts, visit Pushpa Gujral Science City is one of the most exciting things to do in Punjab.

This science park is surrounded by greenery and park areas which makes this site look beautiful. You can reach this destination through the various well-connected road network. 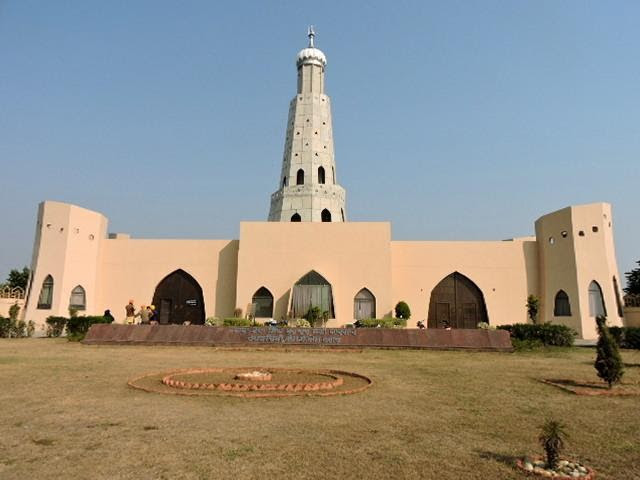 FatehBurjalso is known as the ‘Victory Tower’ is over 300 feet tall towering structure that is a symbol of an important historical event. In the year 1710, Sikh forces defeated the Mughal invaders in the village of Chapparchiri. The battle was led by a respected Sikh general by the name ‘Banda Singh Bahadur’.

This iconic tower is located in the Chapparchiri village in the Mohali district of Punjab. The FatehBurj has various statues made in the memory of the great general Banda Singh Bahadur and other famous warriors of his army. The FatehBurj is spread out in the area of 20 acres.

Presently, the FatehBurj is under maintenance and a lot of work is being planned for its restoration. You can reach Fateh Burg from the Chandigarh Airport which is only 20 kilometers away.

Suggested Read: Offbeat Things to do in Himachal Pradesh

The major attractions in Punjab include mainly the temples and Gurudwaras with historical and cultural significance. Other than that, the state of Punjab has many beautiful villages with many festivals and fairs displaying the unique traditional heritage of the Punjabi people.

One of the topmost things to do in Punjab is to taste the different varieties of Punjabi food available in different cities. Exploring different types of food in Punjab is an adventure on its own. If you are looking for some traditional souvenirs to take back home, then Punjabi clothing and footwear are the most loved items for tourists.

You can always find some festivals and concerts to attend in Punjab with musicians still trying to preserve the Punjabi culture through music and art. It is always wise to check online for the popular as well as lesser-known events that are held throughout various cities and villages of Punjab.